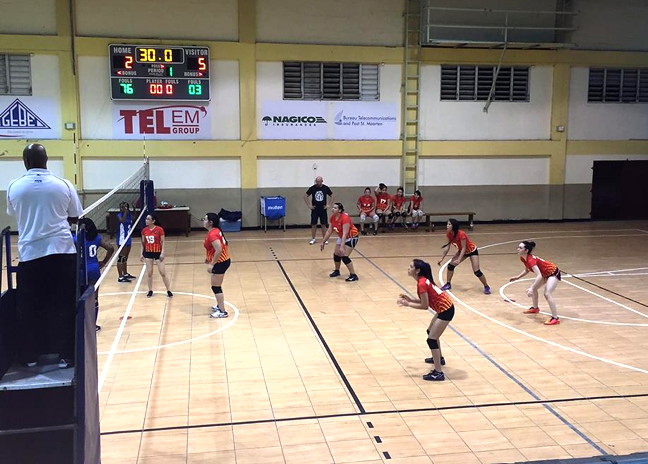 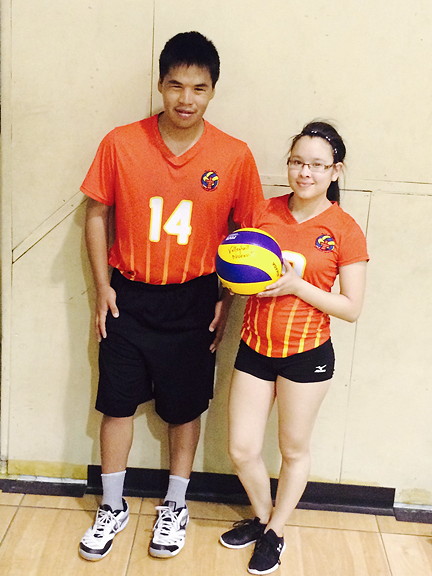 Twenty youth are now a little browner than usual and their joy is definitely “spiking.”

Volleyball Nunavut’s high performance junior squads — 10 male and 10 female athletes — just returned from the Dutch island state of St. Maarten in the Caribbean after a 10-day intensive training exercise that coaches hope will help the athletes gel before the March Arctic Winter Games in Nuuk, Greenland.

But body-surfing in the warm Caribbean waters, in between all that exercise, must have been pretty sweet too.

“Sometimes when I feel too hot, I have to go for a swim. It kind of feels weird that I’m swimming in the ocean in January,” said Gamaliel Kalluk, 18, reached by telephone from the beach outside the teams’ hotel Jan. 8.

Kalluk’s originally from Grise Fiord and Arctic Bay and has never been anywhere tropical, so bodysurfing the waves was definitely a highlight for him.

Romeyn Stevenson, who coaches the girls team and is one of two coaches who made the trip to St. Maarten, has coached territorial soccer in the past and knows what it takes to get a team in shape for competition.

Because Nunavut’s athletes hail from all over the territory, it’s necessary to hold intensive training trips so players can get to know each other, learn and practice plays, build team spirit, and find some real competition to get them in game shape, Stevenson said.

That’s even more crucial with volleyball since every player on the court is integral to success, he added. If someone’s not performing, another player can’t so easily cover for them, and it can bring the whole team down. They need to know how to bring each other up.

“These kids don’t see each other very often and to be teammates and not have much time together makes it hard to gel as a team. This kind of opportunity provides them with that experience. They can be together and work together as a team,” Stevenson said.

“It would be nearly impossible to take a team to the Arctic Winter Games and have any expectation of doing well without this kind of pre-training.”

Annie Neevee Buscemi, also 18 and originally from Kimmirut, said daily drills and practices, both on the beach and in outdoor courts, have honed her skills and those of her teammates.

“Volleyball’s my favourite sport, hands down, ever since I was 14,” she said, using her coach’s phone. “It’s just something I like to do to keep me healthy and active. I don’t know, I’ve played a lot of sports but volleyball’s really stuck with me.”

So far, the girls have played three games against the Dutch and French national youth teams in St. Maarten and they’ve won all three.

St. Maarten, part of the Kingdom of the Netherlands, and St. Martin, which is part of France, each occupy half the island so that’s why there are two national teams.

“Absolutely,” he said. “The girls are playing far better than the first day and they’re starting to explore some of the more advanced strategies of volleyball rather than just the basics.”

Each player had to come up with $250 for the trip and Volleyball Nunavut paid the rest from an unrestricted pot of money the organization has been filling over the past four years through fundraising efforts.

Shylah Elliott, president of Volleyball Nunavut, said Canadian North also helped out with generous discounts on flights out of Nunavut.

“Without them, we wouldn’t have been able to make this possible,” Elliott said.

There’s very little to complain about in St. Maarten, said Stevenson. But getting there was another story.

Trying to coordinate travel arrangements for 20 youth from three regions was a nightmare, Stevenson said. When everyone was accounted for in St. Maarten on New Year’s Day, coaches breathed a sigh of relief.

And so far, there’s only been one real mishap — one of the girls’ best players stepped on a sea urchin while snorkelling and got 13 spikes embedded in the sole of her foot.

Locals have managed to remove 11 of the painful splinter-like spikes but two remain, Buscemi said, and the girl has been unable to play because she can’t put weight on her foot.

Meanwhile, in between learning their favourite sport and trying to stay hydrated in the heat, paradise has been pretty swell so far.

In their free time, athletes have been swimming, going out on the ocean in banana boats and shopping.

Stevenson said that’s all part of experience — exposing Nunavut youth to new places, peoples and cultures, especially ones who have worked so hard to get here.

Kalluk, for example, said he tried out for the territorial team three years in a row before finally getting on the AWG team and now this high performance squad.

“I just didn’t want to give up on a sport I really wanted to play,” he said.

Stevenson said this trip is like a reward for all the hard work.

“It’s the chance of a lifetime,” he said. “It’s something they’ll never forget.”