“None of this is evidence. None of these are statements of facts” 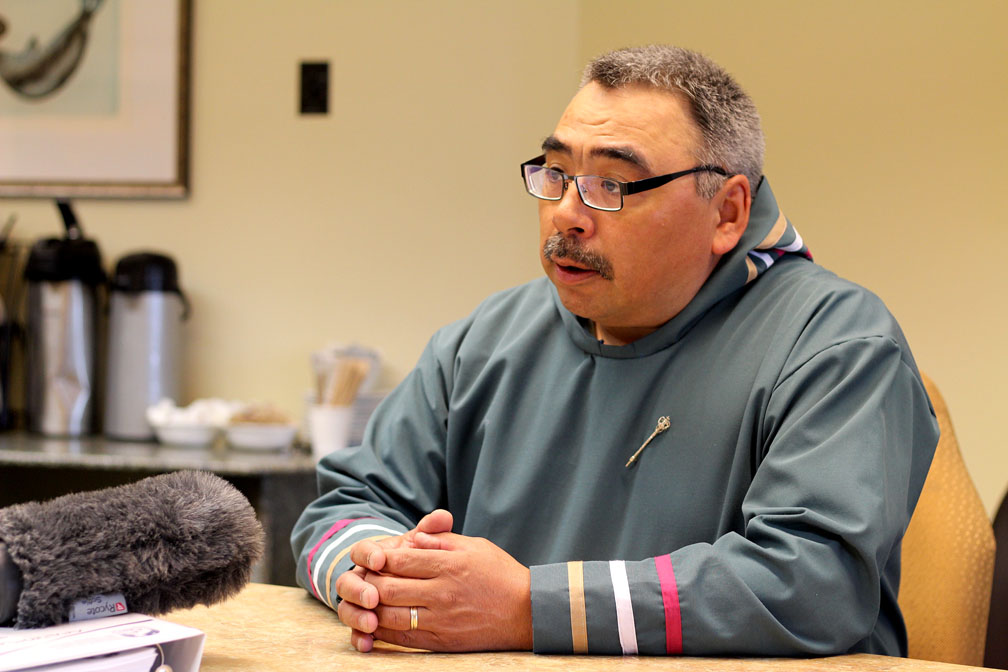 Quttiktuq MLA and Nunavut cabinet minister David Akeeagok. Ted Richard, the recently departed integrity commissioner, found that Akeeagok was not in a conflict of interest with respect to the dismissal of a GN employee who then filed a complaint against him. (FILE PHOTO)

Following an Integrity Act investigation, the existence of which was not made public until last Friday, Quttiktuq MLA and Nunavut cabinet minister David Akeeagok has been cleared of a conflict-of-interest allegation made by an aggrieved Government of Nunavut worker.

Akeeagok, a former senior bureaucrat who now serves as minister of economic development and transportation, was not in a conflict of interest for the part he played in the recent dismissal of GN employee Lynda Orman, according to Nunavut’s former integrity commissioner, Ted Richard, as outlined in a report tabled on Friday, Oct. 26, at the Nunavut legislature.

Richard’s term of office has just expired. MLAs have since replaced him with Yellowknife lawyer Katherine Peterson.

Orman, the former manager of wildlife research at the Department of Environment, had submitted the complaint to Richard this past Aug. 1, when he still served as integrity commissioner.

In it, she complained Akeeagok, a former deputy minister of the environment, was in a conflict of interest when, as minister responsible for the Public Service Act, he ruled on a grievance she filed after the GN fired her from that job on Feb. 3, 2018, following a series of disciplinary proceedings between 2014 and 2018.

Orman filed a grievance aimed at overturning that dismissal decision, but in May 2018, Akeeagok rejected her grievance and upheld her dismissal.

In her complaint to Richard, Orman made multiple allegations and demands concerning Akeeagok and other officials, most of which are outside the integrity commissioner’s mandate, Richard said.

Some of those demands and allegations include:

• A request for a declaration that Akeeagok, as minister responsible for the Public Service Act, failed in his duty of care on grievance and harassment issues in the public service.

• A declaration that her dismissal was wrongful.

• A declaration that the Government of Nunavut failed to respond to an earlier grievance she filed in November 2017.

• A recommendation that the legislative assembly do an independent investigation into an outstanding harassment complaint she made against her former supervisor on Jan. 15, 2018.

• A declaration that Akeeagok condoned bullying and harassment in the public service.

• A declaration that Akeeagok failed to embody traditional Nunavut values, including Inuit values, in his actions as minister responsible for the Public Service Act.

But Orman and her lawyer were not only unable to prove those allegations— they couldn’t even get Richard to consider them.

That’s because most of her complaint consisted of “an undisguised attempt” to “re-litigate” the disciplinary processes that led to Orman’s dismissal, Richard said..

“These matters are NOT within the mandate of the Integrity Commissioner,” he said.

But on one point, and on one point only, Orman’s complaint was worthy of a review, Richard said.

And that’s a complaint that Akeeagok may have been in a conflict of interest when he ruled on the grievance that Orman filed against her dismissal.

That’s because, on two different occasions between 2013 and 2017, Akeeagok had served as deputy minister of the Environment Department, Orman’s former employer.

For that reason, Akeeagok may have breached section eight of the Integrity Act, which says members of the legislative assembly may not participate in decisions that could advance their private interests.

So Akeeagok should have recused himself—legal jargon for removed himself—from considering her grievance last spring, her complaint said.

“She submits that he ought to have recused himself from hearing the third level grievance,” Richard said.

And Richard said Akeeagok, while still working as deputy minister of environment in January 2017, participated in a decision to impose a 10-day suspension on Orman.

But Richard said that, on its own, doesn’t necessarily mean that Akeeagok, the designated decision-maker, was required to recuse himself from consideration of the grievance.

And Richard also found that Akeeagok had no “private interest” in the issue anyway.

That’s because “conflict of interest” is defined as a conflict between the public interest and the private interests of the MLA or another person, such as a business or an investment.

And that kind of situation did not exist in this case, Richard said.

“A bare allegation of the existence of an ‘old boys club’ or ‘power triangle’ within the Department of Environment, without supporting evidence, is meaningless and without import,” Richard said.

He also said that in her submission, Orman made statements like “the Minister’s decision may be seen as condoning the bullying and harassing behavior of Director X” and “the Minister may have had a private interest to prevent an harassment investigation against Director X,” Richard said.

“None of this is evidence. None of these are statements of facts,” he said.

Integrity Commissioner Repo... by on Scribd