Owners hoping to be producing local beer by 2017 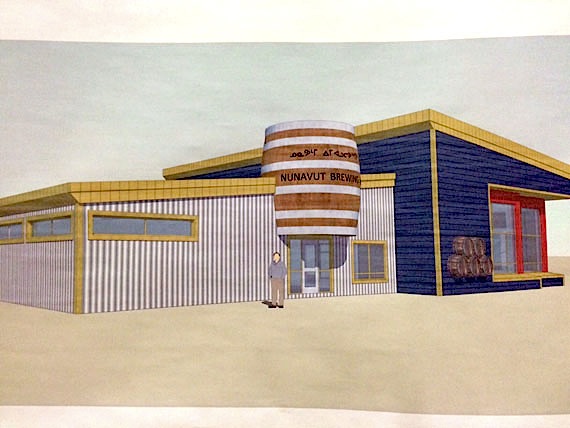 The Nunavut Liquor Licensing Board has given the official go-ahead for the Nunavut Brewing Co. to start brewing beer in Iqaluit.

The decision follows a public consultation and presentation by the NBC outlining their plan to the liquor board Sept. 9.

“The Board believes that this decision to allow small scale craft brewing in Nunavut is in line with the 2012 recommendations of the liquor task force to reduce alcohol related harm by encouraging Nunavummiut to drink lower alcohol content beverages, such as beer and wine,” said David Wilman, chair of the liquor board, in a Sept. 10 news release.

The task force that Wilman refers to is the Nunavut Liquor Task Force, a body that Wilman also chaired.

The decision by the board does not give the all-clear for the brew-op to commence operations just yet. The company must now seek zoning permits from the city to begin construction on the brew facility.

They will also need to inquire into the legalities of tapping into Sylvia Grinnell River to brew their beer.

Should that go smoothly, the investors at the brewery already have a tentative time frame to proceed.

“Our objective is to get underway with construction next sealift season,” said Sheldon Nimchuk, one of the principle investors of the brew-op, to the board on Sept. 9.

The brewery believes it will take roughly six months after construction to get the facility, staff and equipment up and running.

“We can’t contemplate an exact date but we believe as early as March 2017 to be operational,” says Nimchuk.

“We have a unique opportunity [to be operational] with Canada’s 150th anniversary coming on July 1st, 2017, we hope to have our first products on the market.”

The board, in rendering its decision Sept. 10, said the brewery would be authorized to sell beer to the Liquor Commission or to export it outside of Nunavut. Direct sales to local customers would not be permitted.

The Nunavut Brewing Co. faced no opposition to their venture at the Sept. 9 liquor board public consultation in Iqaluit.