“Most of the stuff we do is logistics. The flying is the easy part.” 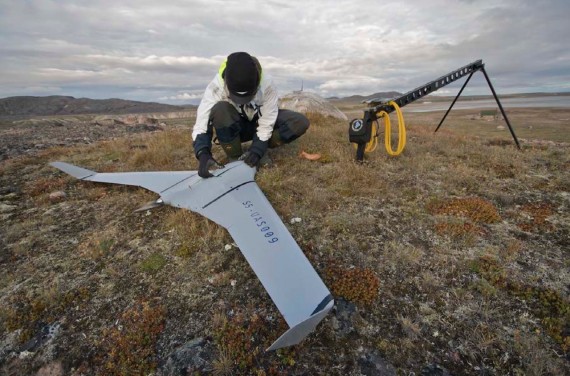 The C-Astral Bramor unmanned aerial vehicle is prepared for flight outside Igloolik in 2009. Participants in an upcoming youth training camp in Iqaluit this spring will have a chance to operate the drone. (PHOTO COURTESY OF C-ASTRAL) 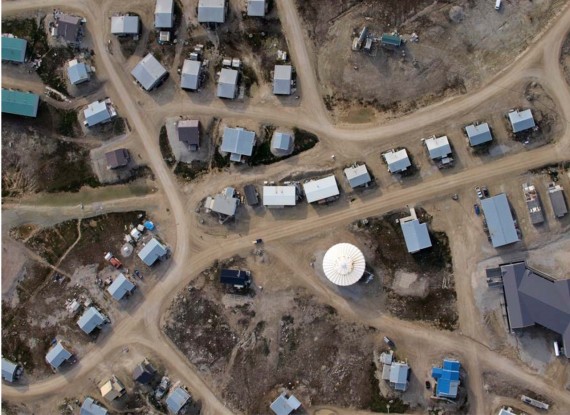 This is an orthophotograph—an aerial image that’s been corrected to remove distortion, so that everything is in the same uniform scale as you’d find in a map—captured by a C-Astral drone flown over Igloolik in 2009. (PHOTO COURTESY OF C-ASTRAL)

Nunavut youth who dream of becoming professional drone operators could receive a break this spring.

The idea, says CEO Kirt Ejesiak, is to provide young Nunavut residents with the skills needed to operate drones, which he sees playing an increasingly important role in industries ranging from film to mineral exploration and land surveying.

Drones could also assist with northern search-and-rescue operations, wildlife surveys and the mapping of archaeological sites in the territory.

Ideal candidates for the camp would be at least 18, “eager to learn, interested in technology,” and be skilled at travelling on the land, said Ejesiak. “Most of the stuff we do is logistics. The flying is the easy part,” he said.

Iqaluit has some young drone operators who are no longer able to easily operate their machines, following the recent passage of new federal rules.

“It’s now illegal for anyone to fly without a licence. You have to be nine kilometres away from an airport, you have to have a licence, and all this other stuff,” said Ejesiak.

“We have a lot of pilots already, but they just can’t fly legally. So it may be an opportunity for us to use the skills they already have.”

He envisions a day when qualified drone operators in these communities are able to work for clients like the U.K.-based film company that visited Arctic Bay last summer and flew drones to capture footage of wildlife.

The training camp will be held in partnership with C-Astral, a drone manufacturer that got its start in Igloolik. The company sells a fixed-wing drone that launches with the help of a catapult, is able to stay aloft for three and a half hours, and deploys a parachute to help it land.

Marko Pelijhan, a co-founder of the company, also helped start a non-profit called the Arctic Perspective Initiative, which will also be involved with the camp. In a release, he said his drones were “born and tested” in Nunavut and he sees the camp as a way of giving back to the territory.

“The northern youth will survey and create maps of their communities for the benefit of northerners,” he said.

The goal of the camp, in which Ejesiak would initially see five students enrolled, would be to map an area, process the data “and actually produce something at the end,” such as a high-resolution map of trails or archeological sites near a community.

Camp participants will be taught by accredited trainers about how to follow federal regulations for operating drones. They will have a chance to fly a number of different machines, starting with smaller, battery-operated models before moving on to Arctic UAV’s gas-powered helicopter and C-Astral’s fixed-wing aircraft.

“These are pretty serious systems,” said Ejesiak. “We’d touch on all the systems.”

Ejesiak plans to launch a campaign over the next few weeks to help seek sponsors for the camp.