“There are a lot of different responsibilities” 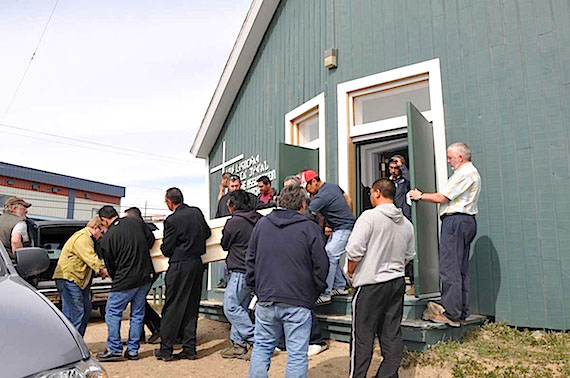 “Can the minister clearly explain what support is provided to families who are asked to pay funeral costs for a loved one and they can’t afford it?” South Baffin MLA asked Nunavut Health minister George Hickes Oct. 27 in the Legislative Assembly. (FILE PHOTO)

If you’ve ever been unclear about what kind of support exists in Nunavut when a loved one dies away from home, you’re not alone.

South Baffin MLA David Joanasie says a number of his constituents want more information about what kinds of bereavement support is available to Nunavummiut.

“I recognize that when a person dies in their hometown, the community often comes together to make the necessary arrangements,” Joanasie said during question period Oct. 27.

“However, when a person dies in another community, such as Iqaluit where there is an undertaker, the related expenses of returning their family member to their home must be paid for.

“Can the minister clearly explain what support is provided to families who are asked to pay funeral costs for a loved one and they can’t afford it?”

It turns out that the answer isn’t so clear—even for those who administer the program.

That’s because a number of different government departments play a role, in addition to Inuit organizations.

“There are a lot of different responsibilities.”

The health department, for example, is only responsible for funeral services and transportation of a body if a Nunavut resident dies while on medical travel, Hickes said.

The Department of Family Services gets involved if the deceased person is on income support or in the care of a trustee, he added, while the Department of Justice oversees the situation when a Nunavut resident dies in prison.

In some instances, Hickes said the Nunavut coroner’s office has paid for caskets, but the office has also asked for clarity on what services it should be responsible for.

“It is a very complicated scenario and the three government departments that I mentioned are working together to make the information a little bit more easily understood,” Hickes said.

In 2014, NTI turned over the funds to the regional Inuit associations to manage.

As part of the Qikiqtani Inuit Association’s bereavement travel program, the organization will pay for two airline tickets to transport relatives to a funeral of a loved one in another community, or as alternative, pay to transport a body.

The Inuit associations also offer bereavement services to beneficiaries living outside of Nunavut.

When well-known artist Annie Pootoogook died in Ottawa, the city she had lived in for over a decade, a local organization launched a fundraiser to help pay to transport her body home to Cape Dorset, and for airfare to send her Ottawa-based brother to Nunavut to attend the funeral.

It’s not clear if the family was able to use any services available to beneficiaries.

Hickes said the health department is in the process of clarifying its role and putting together an information sheet to be made available to the public.