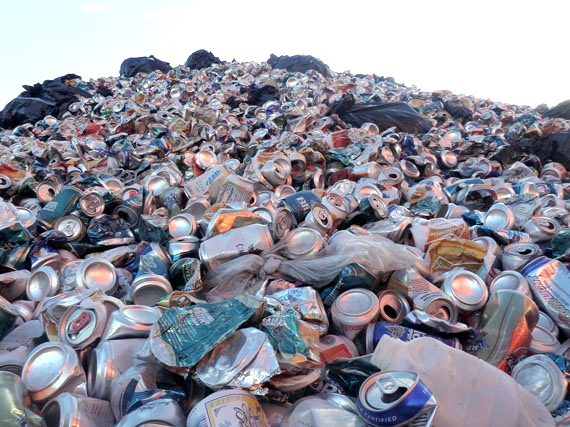 A huge pile of old beer cans in Iqaluit. It’s well-known that many Nunavut residents consume huge quantities of beer, wine and spirits. But the Government of Nunavut wants to launch a campaign next year to “raise awareness and educate Nunavummiut on the socially responsible use of alcohol.” (PHOTO BY BRIAN PEHORA)

The Government of Nunavut is looking for a contractor to put together a plan to “raise awareness and educate Nunavummiut on the socially responsible use of alcohol.”

A request for proposals issued in October by the Government of Nunavut’s department of Finance asks interested parties to submit bids to develop a strategy on how best to deliver culturally appropriate and “regionally relevant” education and media materials to Nunavumiut across the territory.

The plan will also need to outline how to engage the Alcohol Education Committees that currently operate in 14 Nunavut communities.

The winning bidder will have four months to come up with the strategy and will need to execute the plan over the course of the fiscal year starting April 1, 2016.

The project will receive from money specifically set aside for initiatives to promote socially responsible drinking, as outlined in the Nunavut Liquor Act, which was amended in 2014 in response to the recommendations of the 2012 report of the Nunavut Liquor Task Force.

That task force, which consulted people Nunavut-wide, was “constantly reminded of the harm alcohol has caused within the territory.”

And educating Nunavummiut about the harm caused by alcohol was listed among the 94 recommendations of the task force.

In addition to the awareness campaign, the task force also recommended that Nunavut “liberalize access to beer and wine” and to make efforts to treat people with addictions to alcohol.

Interested contractors need to submit their proposals by Nov. 27.