Alcohol committee, old rules will stay in place; only 35 per cent cast ballots 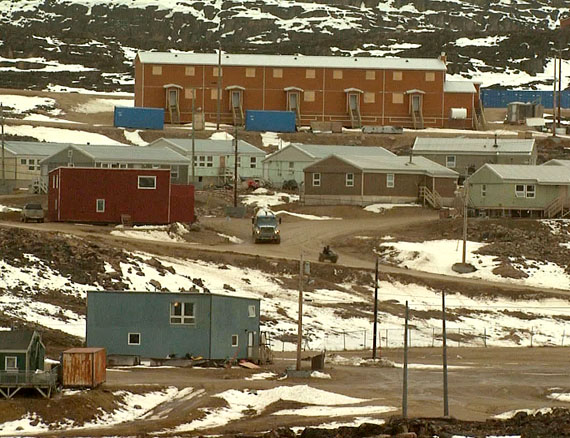 Liquor restrictions in Cape Dorset, shown here, will remain in place following the results of a Sept. 28 liquor plebiscite.

Residents in Cape Dorset voted Sept. 28 to keep their existing liquor restrictions, in which a local alcohol committee issues permits and sets limits for those who want to buy alcohol.

Elections Nunavut announced at about 9 p.m. that a proposal to get rid of those restrictions failed to get the 60 per cent majority support needed to change them.

For a Nunavut community to change its liquor rules, at least 60 per cent of votes cast must be in favour of the question on the ballot.

In Cape Dorset the question asked wa:s “Are you in favour of ending the current system of liquor restriction in Cape Dorset and having an unrestricted system where only the general liquor laws of Nunavut apply?”

Of the 35 per cent of eligible voters who cast ballots, 116 said “yes” to the change and 117 said “no,” Elections Nunavut said.

That’s well short of the 60 per cent needed to change the system.

Nunavut hamlets may only hold a plebiscite to change liquor regulations every three years, when 20 or more eligible voters ask for one in a petition, and the minister responsible for the Liquor Act, usually the finance minister, gives consent.

On receiving Alariaq’s complaint, the Department of Finance found the charges were indeed illegal according to the Nunavut Liquor Act.