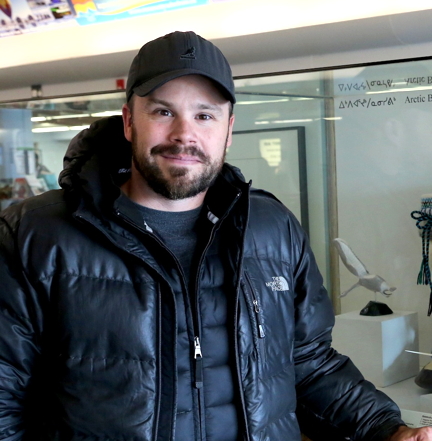 Professional photographer Dave Brosha poses at the Iqaluit airport April 20 on his way to Arctic Bay for a photography workshop. (PHOTO BY CLARE KINES) 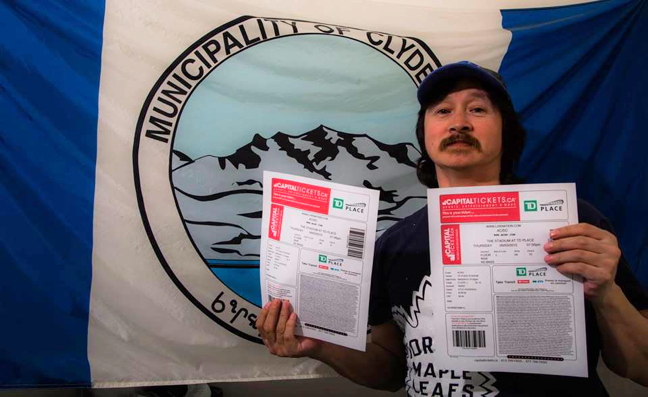 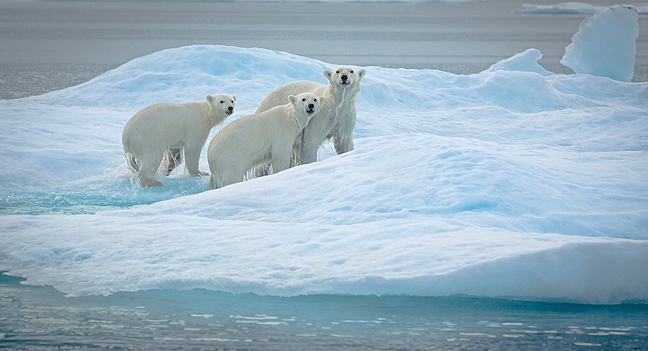 There were five “HOLY SMOKERS” and no less than 10 “OMGs.”

And based on that tally alone from recent Facebook status updates, May 8 was an astonishing day for Niore Iqalukjuak, a man with a tremendous moustache and who is many things, including hunter and community leader, but who is also a huge AC/DC fan, and an excellent photographer.

So first, out of nowhere, and after professing his love of AC/DC to Facebook friends and followers May 7 with a link announcing an upcoming AC/DC world tour, a woman he does not know bought him two tickets to the September 3 Ottawa concert.

To quote a certain AC/DC song, Iqalukjuak was thunderstruck.

“I said ‘holy shit!’” said Iqalukjuak, over the phone from Clyde River. “I didn’t accept her offer until the next day because I thought, who gives a person they don’t know something like this? It made me feel guilty to accept it.”

But the woman, who asked to remain anonymous, told him he deserved it for helping Nunavummiut fight seismic testing and its potential to bring oil and gas exploration off Baffin Island — through his support and his wildlife photography.

So he graciously, and enthusiastically, accepted.

As if that wasn’t enough to blow the mind of the man from Clyde River, that same day, photographer Dave Brosha — who Iqalukjuak has known since Brosha came north to hold a photography workshop in 2011 — chose Iqalukjuak and two other amateur photographers, from about 300 applicants, for a year-long mentorship program.

“Last year, he did the same thing and I wanted to enter my name but I didn’t know what to say then,” said Iqalukjuak. This year, he found the words and feels honoured to have been chosen.

“Dave is a pretty amazing guy. His photographs are outstanding.”

Iqalukjuak has been taking pictures for years but his images were hit and miss, he said. He knew what he wanted to do but didn’t understand his tools well enough to get the consistent results he craved.

It wasn’t until the workshop with Brosha in Arctic Bay four years ago that he finally figured out how to use his camera properly. After that, he was totally hooked.

Brosha, who was on the road this week when contacted by Nunatsiaq News, explained through email why he chose Iqalukjuak for his coveted mentorship program.

“The biggest thing that strikes me about Niore is his passion. I feel anyone can pick up a camera but it’s those who really truly have the love for it — which Niore definitely does — whose work always sticks out to me,” Brosha wrote May 11.

“Niore photographs Nunavut with passion and truth. He explores with his camera and delights in sharing his very unique world with others.”

Brosha lives in P.E.I. and travels throughout Canada and the world to capture stunning images of people and places, including the Arctic, but he said it’s important for northerners to explore their own world and share their unique vision.

“As ‘southerners’ I think we — not always, but sometimes — have a romanticized (or politicized) version of the Arctic,” Brosha wrote.

“Having a voice like Niore’s is incredibly important, not only because it’s something that he obviously gets satisfaction out of (capturing his distinct world) but because he has the power to shape the perceptions of those who do not live there.”

Though he enjoys hunting and guiding on the stunning landscapes around Clyde River, these days Iqalukjuak finds himself packing his camera and tripod rather than a rifle when he heads out on the land.

Unless he suspects he might run into a polar bear. Then he tries to remember the gun.

In November last year, Iqalukjuak rode east from town to the site of a bowhead carcass, left behind after a summer community hunt, and discovered about three dozen polar bears roaming about.

It was the most extraordinary animal encounter he’d ever experienced.

He had a knife, but no rifle, and though he’s familiar with polar bear behaviour, he knew enough to keep his distance because the huge predators can be unpredictable. And he made sure a bear never got between him and his snowmobile.

Iqalukjuak says he prefers shooting landscapes and animals to human portraiture which sometimes requires direction and posing. The beauty of the natural world is there for the taking, he says, so long as you’re hearty, and patient.

He loves the peace and silence of sitting on a hillside alone and how his heart beats out of his chest when he sees a whale breaching or a walrus hauling itself onto the ice. It makes you feel alive, he said.

“You hope that when you take a picture, people will look at it and get the feeling or the understanding of what you’re trying to capture — that people will get a feeling of how it is to be here.”

A feeling, say, of being alone and freezing, in the middle of the night, waiting for the northern lights to appear: photography can be difficult and lonely work.

“But it’s rewarding also. Sometimes you end up taking a picture and you say, ‘Wow, that’s really cool.’”

Brosha calls his mentorship program a “year-long kick in the butt.”

That means he’ll work with Iqalukjuak over email and Skype and perhaps, if he can swing it, meet him again face to face as well, to give the budding northern photographer someone to bounce ideas off, “and to hopefully inspire in whatever little way I can.”

Brosha added that he’ll also try to work his network of contacts to open up opportunities for Iqalukjuak, “but then again, I don’t think he needs that,” Brosha wrote. “His work speaks and stands on its own.” 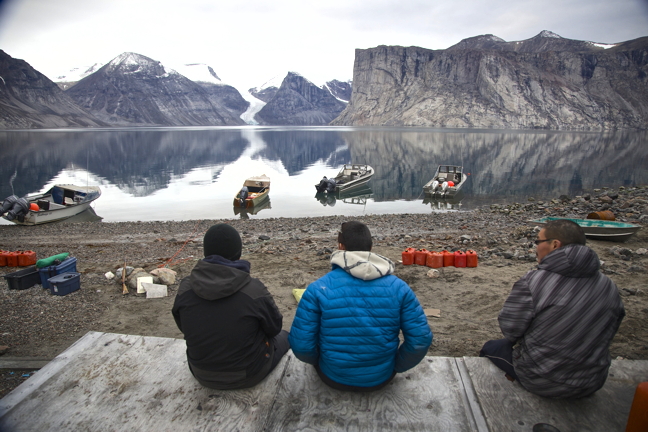 A peaceful scene, and a beautiful view, near Clyde Inlet, at the end of summer 2014. (PHOTO BY NIORE IQALUKJUAK)