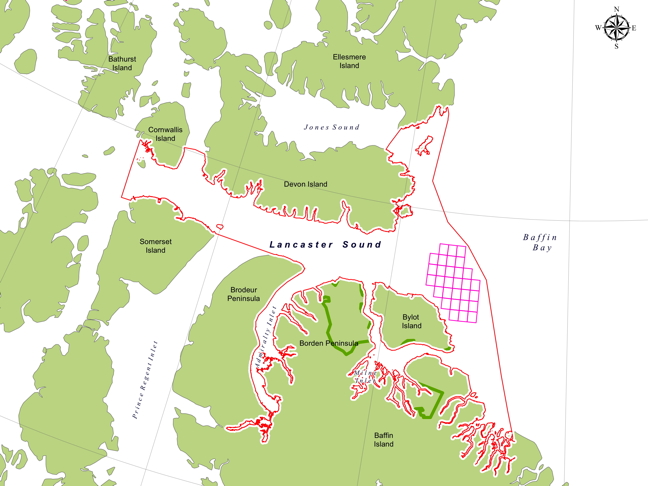 The Qikiqtani Inuit Association is looking forward to discussions with Greenpeace after it was revealed earlier this week that oil permits granted to Shell Canada in the seventies might have expired decades ago.

“I don’t think we’ve had communications with them yet, but its important that we do,” said QIA board member-at-large, Olayuk Akesuk, from his home in Cape Dorset March 29.

Akesuk has been in charge of the QIA’s Lancaster Sound file for five years, as well as the organization’s efforts — alongside Parks Canada — to establish a national marine conservation area (NMCA) at the northern tip of Baffin Island.

According to federal documents obtained by Greenpeace through freedom of information requests, 30 permits issued to Shell Canada by the federal government to explore oil resources in Lancaster Sound have not been officially renewed since 1978.

But that didn’t stopped Shell from using the permits in 2014 as leverage to request permission to conduct seismic testing in the area before they’d consider relinquishing their supposed claims.

There is currently an injunction against seismic testing there, obtained by the QIA.

Greenpeace is hoping the documents will cause the new federal government, under Prime Minister Justin Trudeau, to reevaluate the NMCA border proposed by the former Conservative Government that worked around the permit zone.

But the first priority for the QIA, says Akesuk, will be to continue a feasibility study in the region.

That’s scheduled to be completed this summer.

“It’s important to have something in place to defend that area with our very best knowledge,” he said.

To that end, the QIA is gathering knowledge from the affected communities: Grise Fiord, Resolute Bay, Clyde River, Arctic Bay and Pond Inlet.

Lancaster Sound, including the areas currently permitted to Shell Canada, is vital to the sustainability of neighboring communities, and Nunavut as a whole, Akesuk said.

“[They] need to have that, not only up there but the whole territory depends on animals that migrate through that area.”

That includes narwhal, beluga, walrus, seal, turbot and many other species that supplement the expensive cost of living in the High Arctic.

Companies also do commercial fishing is in the area, Akesuk said.

The QIA says it will continue protecting Nunavut waters from seismic testing, which uses high-powered sound waves to penetrate the ocean floor in search of seabed hydrocarbon reserves.

The procedure is considered by many to be highly invasive for aquatic life, and was the catalyst for a court injunction won by QIA in 2010 that effectively enacted moratorium on seismic testing in waters that fall within the Nunavut Land Claim Agreement.

The Supreme Court of Canada agreed on March 10 to hear that case but no date has been set yet for the hearing.

“We’ve been supporting the people of Clyde River for the court case, we just can’t back off to anything that is trying to do that [seismic testing],” Akesuk said.

“Its important that all documents are completed before anyone starts drilling or doing anything in the waters because that’s the main source that we hunt for our people.”

Any decision to work with Greenpeace on the issue, Akesuk said, will have to come from QIA executives.

“We’ll have to work on how we can work with them [Greenpeace]. It’s up to the board and the executive committee.”