“It seems like a timely exercise to look at our options” 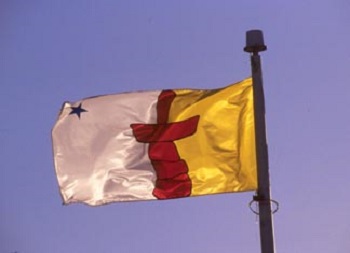 NTI’s board of directors passed a resolution on Oct. 22 instructing the organization to lead a process “to examine the possibility of Inuit self-government in Nunavut.” (FILE PHOTO)

Nunavut Tunngavik Inc. will explore different options for pursuing Inuit self-government in the territory, as a means of promoting Inuit rights and participation.

NTI’s board of directors passed a resolution on Monday, Oct. 22, instructing the organization to lead a process “to examine the possibility of Inuit self-government in Nunavut.” The motion was moved by Qikiqtani Inuit Association President P.J. Akeeagok, who is an NTI board member.

“There are sections of the land claim agreement that say we’re supposed to be true partners,” Akeeagok said. “There are good examples where Inuit are not true partners on issues that affect us as a core.”

Last year’s failed amendments to the Education Act, presented under Bill 37, provide one concrete example where Inuit felt stripped of power, he said.

NTI President Aluki Kotierk said the resolution is one step toward addressing certain gaps in how the Nunavut Agreement has been implemented.

“There’s been some discussion, and disappointment in trying to work with the government on Article 32, [which provides] for Inuit to be involved in our social and cultural development,” Kotierk said.

“It seems like a timely exercise to look at our options.”

The resolution’s preamble says that Inuit self-government “may provide an alternative path for Nunavut Inuit to achieve their political aspirations, to promote Inuit rights and self-determination, and to enhance Inuit participation in decision-making on important matters such as language and education.”

Kotierk said that those efforts are preliminary; NTI’s executive has yet to discuss who will lead the study or decide which areas of governance a self-government model could have jurisdiction over.

Nunavut is sometimes already characterized as having self-government, as Inuit form a clear majority of its population and the territory grew from a land claims agreement.

Negotiators who worked on Nunavut’s land claims agreement opted early on for the territory to have a public government, to serve both its Inuit and non-Inuit residents.

But the notion of self-government was always something the territory’s architects saw potential in, Kotierk said.

“We want to see the best way for Nunavut Inuit to be self-determining,” she said.

NTI is holding its annual general meeting in Iqaluit this week until Oct. 25.

– with files from Courtney Edgar