Hunter Tootoo: “a decade of neglect and underfunding from the Harper/Aglukkaq regime” 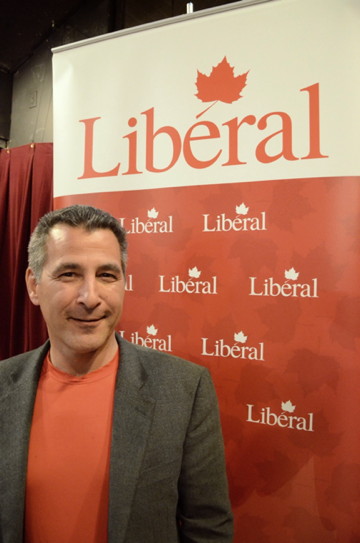 Nunavut Liberal candidate Hunter Tootoo: “Nunavut greatly suffers from a significant infrastructure deficit as a result of a decade of neglect and underfunding from the Harper/Aglukkaq regime.” (FILE PHOTO)

Though he supports the Conservative government’s plan to help pay for a deep sea port at Iqaluit, Nunavut Liberal candidate Hunter Tootoo lashed out at the “Harper/Aglukkaq regime” July 31, accusing them of ignoring the territory’s infrastructure needs for years.

“Nunavut greatly suffers from a significant infrastructure deficit as a result of a decade of neglect and underfunding from the Harper/Aglukkaq regime,” Tootoo said in a statement.

Nunavut MP Leona Aglukkaq promised July 30 that a Conservative government would put $63.7 million from its New Building Canada Fund into a marine infrastructure project that includes a sealift port and small craft harbor at Iqaluit.

The Government of Nunavut would put in $22.1 million, after the money is approved at an upcoming sitting of the legislature.

The project is contingent on the project meeting the New Building Canada Fund’s eligibility rules and on the signing of a contribution agreement, the federal government said in a July 30 news release.

Tootoo, who was named Liberal candidate for Nunavut July 27, said he welcomes the federal funding commitment, which he called a “re-announcement.”

And he alleged that “this is the fourth time since 2006 that Harper/Aglukkaq re-announced a deep sea port for Iqaluit.”

In August 2006, two years before Aglukkaq was first elected as MP, Prime Minister Stephen Harper announced in Iqaluit that his government was studying the idea of building a deep sea naval port somewhere in the Arctic.

“We are actively exploring options for the establishment of a deep water port in the Arctic that will extend the Navy’s reach even further,” Harper said Aug. 12, 2006.

That set off widespread speculation the federal government might end up choosing Iqaluit, where Iqaluit City Council had developed its own proposal.

But the Government of Nunavut presented Ottawa with seven choices for a port, including Kimmirut, Nanisivik, Resolute Bay and Iqaluit.

In 2007, the Harper government chose Nanisivik, where construction on a naval refueling station began this summer after five years of delays and will be complete in 2018.

Tootoo, however, blasted Aglukkaq and the Conservatives, alleging they’ve broken their word on infrastructure issues.

With a legally mandated election date of Oct. 19, that would produce one of the longest election campaigns in recent history.

The New Democratic Party has yet to confirm the candidacy of Jerry Natanine, who earlier said he is seeking the NDP nomination.

Spencer Rocchi, a teacher, will contest Nunavut for the Green party.