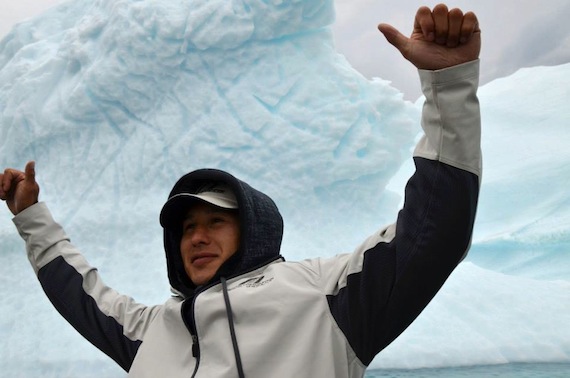 Thanking everyone who helped him with his hockey career and in life, Jordin Tootoo announced his retirement on Friday evening in Brandon, Man., where he started playing professional hockey with the Wheat Kings in 1999.

“I am retiring with no regret, ” Tootoo, 35, the first Inuk to reach the National Hockey League, said at the news conference about his retirement, announced earlier in a short tweet.

After 220 regular season games with the Wheat Kings and 723 games in the NHL I have decided to retire from the NHL to focus on giving back to the Indigenous community. @NHLBlackhawks @PredsNHL @NJDevils @DetroitRedWings @bdnwheatkings

After starting with the Brandon Wheat Kings, Tootoo went on to play for the Nashville Predators in 2001 and also played for the Detroit Red Wings, New Jersey Devils and Chicago Black Hawks, racking up 65 goals, 96 assists and 1,010 penalty minutes during his time with the NHL.

For his contributions to Indigenous hockey, Tootoo was saluted at the Edmonton Oilers vs. Nashville Predators game in Edmonton where he received a standing ovation and a recorded tribute, which you can watch here.

“I will leave this game at peace with myself and with memories that will last a lifetime,” Tootoo said in Brandon where he and his father Barney had earlier participated in the Wheat Kings game-day skate in the morning.

Sometimes overcome with emotion during the news conference, Tootoo said it was difficult to describe what he was feeling but he said it could be summed up with one word: “gratitude.”

Tootoo said he plans to remain close to his roots and work with Indigenous youth.

“I am deeply concerned about some of the challenges facing our northern communities, especially teen suicide and untreated mental health issues,” he said.

Tootoo said he wants to work with communities to create awareness about mental health and to support suicide prevention efforts.

Earlier this year, Tootoo collaborated with Calm Air on a video contest aimed to improve mental health in the Kivalliq region.

Addressing people in Rankin Inlet during the news conference, Tootoo told how Terrence had been his inspiration: “His final words to me were, Jordin, go all the way, take care of the family, you are the man, he said…. I can only hope that I live up to your expectations, bro.”

You can watch the entire news conference here.

In Rankin Inlet, while growing up in a household troubled by alcohol addiction and violence, going out on the land and playing hockey were sources of happiness for the two brothers, Tootoo related in his 2014 book, “All the way: my life on ice.”

Tootoo then took his talent in the sport all the way to the NHL, with a stint in rehab on the way, and in a 2014 interview Tootoo told Nunatsiaq News that he wanted everyone to be more open and honest.

“I just want everyone to be more open, and to be more honest with each other. Once that happens, you become a happier person.”

“Let’s all help one another, especially in our communities,” Tootoo said.

“We grow up knowing everybody, and sometimes you’re afraid to speak up because you don’t want anyone to know your problems—but hey, lookit—let’s be honest here. They’re probably fighting the same fight that you are.”

Inuit Tapiriit President Natan Obed recognized Tootoo’s contributions and perseverance over the weekend in a statement, saying “Jordin has shown Inuit that we can come from our small Inuit Nunangat communities and succeed at the highest levels of our chosen sport. Thank you for persevering when there were many barriers in your path.” 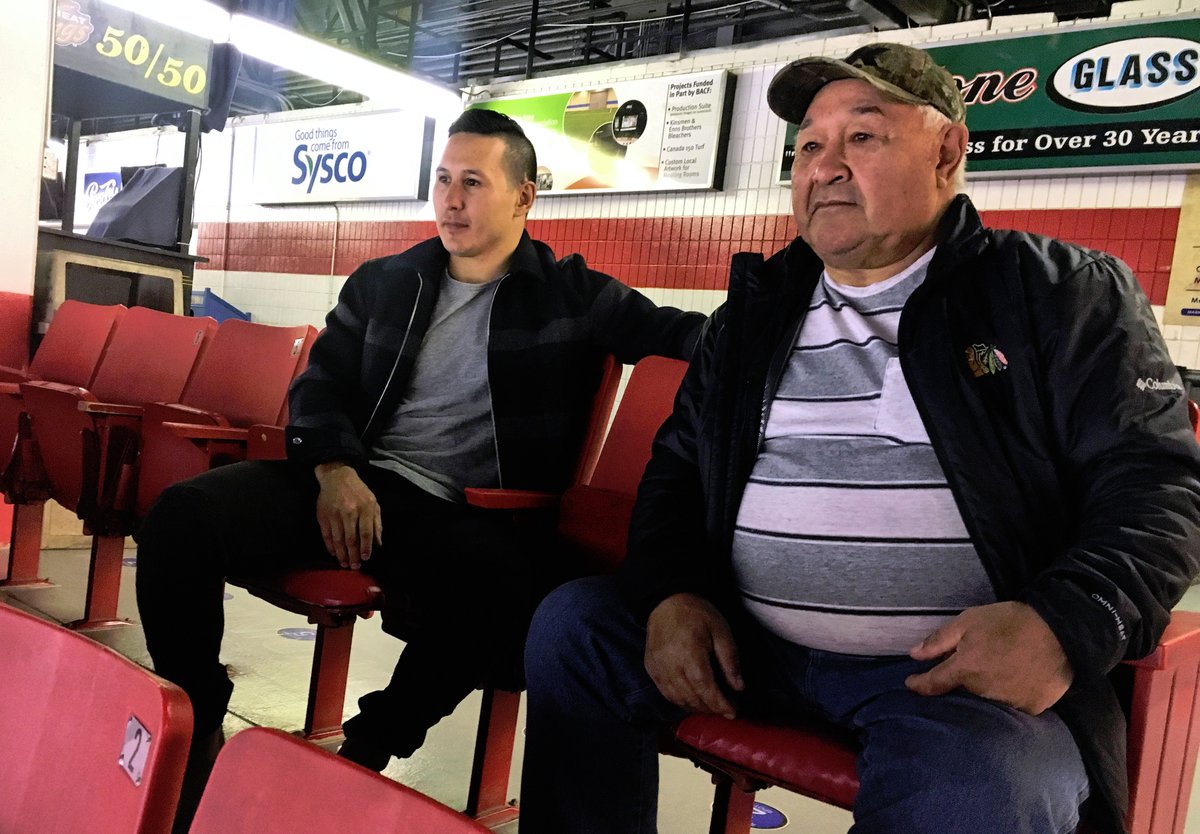 Jordin Tootoo sits with his father Barney Tootoo on Oct. 19 in the Wheat Kings’ arena in Brandon, Man., where Jordin later announced his retirement from the NHL. (PHOTO COURTESY OF THE BRANDON WHEAT KINGS)