Seven departments and agencies to get new bosses 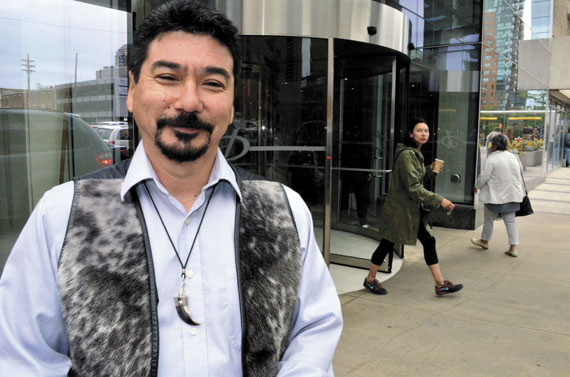 Terry Audla will become president of the Nunavut Housing Corp. next month, replacing Lori Kimball, who moves to the deputy minister’s job at the Department of Community and Government Services. (FILE PHOTO)

Nunavut Premier Peter Taptuna announced a big shakeup within the ranks of the Government of Nunavut’s most senior managers, affecting seven departments and agencies.

These include the following changes:

• Terry Audla, the former president of Inuit Tapiriit Kanatami, will become president of the Nunavut Housing Corp. as of Jan. 11, 2016. Audla is also a former executive director of the Qikiqtani Inuit Association and chief executive officer of Nunavut Tunngavik Inc.

• Lori Kimball will move from the presidency of the housing corporation to the deputy minister’s job at the Department of Community and Government Services, as of Jan. 18, 2016.

• Joe Adla Kunuk will move from his current job as deputy minister of Culture and Heritage to the presidency of Nunavut Arctic College.

• Peter Ma will move from the president’s job at Arctic College to become CEO of the Nunavut Business Credit Corp., as of Dec. 7.

• Sherrie Rowe moves from the CEO position at the NBCC to become deputy minister at Economic Development and Transportation, as of Dec. 7.

• Elizabeth Sanderson, the current deputy minister at the Department of Justice will finish her term on Jan. 25, 2016.

“With the recent changes in executive council, now is the time to strategically realign senior management within our government departments,” Taptuna said in a statement.

“These changes reflect the strengths of our public service leaders and the importance of refocusing those assets among our departments.”