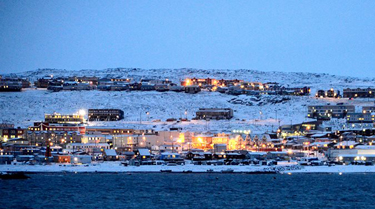 Nunavut RCMP says this holiday season was a particularly quiet one for the force, with significantly fewer calls for service across the territory.

“There were no major incidents to report,” said Sgt. Yvonne Niego. “It was very quiet compared to other years.”

The RCMP reported only one search and rescue over the holidays, when a Whale Cove man attempted to travel by snowmobile from his home community to Rankin Inlet on Dec. 24.

When a storm interfered with visibility, he activated his Spot tracking device and a search and rescue team located the man on Christmas Day about 17 kilometres south of Rankin Inlet.

Now, Niego said Nunavut police are hoping things stay quiet, as many communities’ liquor prohibitions will be lifted by the end of the week.

Seven Nunavut hamlet councils passed resolutions to ban alcohol through the holidays and into the New Year as a way to try and reduce alcohol-related incidents in those communities.

“[Cracking down on] impaired driving is one of our priorities,” she said. “And regular check stops will be done, including on ATVs [all-terrain vehicles] and snowmobiles.”

Niego also encouraged party hosts to do what they can to prevent their guests from drinking and driving, by helping to arrange transportation for guests who have been drinking.