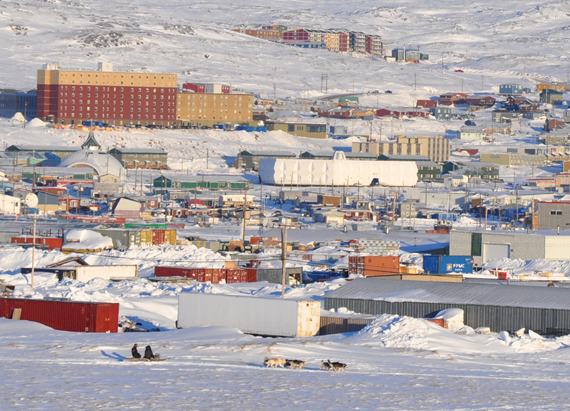 Nunavut’s growth is due to the fertility rate in the territory where women give birth to an average of 2.9 children, compared to the national average of 1.6 children per woman.

While growing, Nunavut’s population makes up but a tiny sliver—0.1 per cent—of the country’s overall population of 35,151,728, whose numbers have risen five per cent from the 2011 census.

Statistics Canada released the first of its 2016 census population data Feb. 8—statistics that were gathered from across the country in May 2016.

All but three of Nunavut’s 26 communities saw population increases, with the greatest increase seen in Chesterfield Inlet whose population grew from 313 in 2011 to 437 in 2016, or 39.6 per cent.

Resolute Bay and Kimmirut’s populations both shrunk slightly, while the territory’s smallest community, Grise Fiord, held steady with a population of 129.

In line with its population growth, Nunavut also experienced the country’s biggest increase in its number of private occupied dwellings, or permanent homes, from 8,661 in 2011 to 9,819 in 2016, a jump of 13.4 per cent.