Nunavut senator gets personal about the joys of seal meat

“Powerful warmth surging through my blood vessels like molten metal” 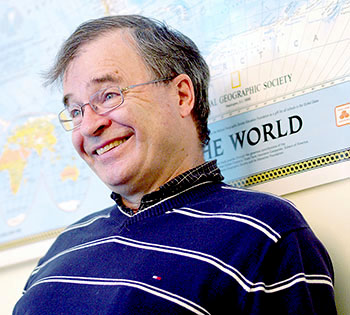 Nunavut Senator Dennis Patterson spoke at length on the value of seal hunting in a speech given Feb. 23. (FILE PHOTO)

Nunavut Senator Dennis Patterson began his latest speech in the Red Chamber Feb. 23 by admitting it’s hard for him not to get “emotional” about the seal hunt.

And he didn’t disappoint.

“Why do I get emotional about this? Because I know from my seal hunting friends how dispiriting it was for proud, independent, respected hunters to quickly lose the market for their pelts and be told that it was because sealing was considered to be cruel and inhumane,” Patterson said.

He made the remarks in support of a bill that independent Liberal Senator Céline Hervieux-Payette introduced this past December: An Act Respecting National Seal Products Day.

Hervieux-Payette proposes Parliament declare May 20 as a day for Canadians to celebrate the country’s seal hunters and others who make their living by harvesting marine resources.

She does not propose that the May 20 date become a statutory holiday — just a special time to celebrate seal harvesters.

And it also coincides with a European Union promotional day called “Maritime Day.”

“I feel it is important to celebrate, at the same time they do, our shared maritime way of life and these fragile natural resources that sustain so many communities on both continents,” Hervieux-Payette said in 2014, when she introduced an earlier version of the bill that died on the order paper.

For his part, Patterson heaped praise on Hervieux-Payette’s bill and shared his own experiences with seal hunting and eating seal meat.

That included a hunting trip with the family of the late Meeka Kilabuk near Pangnirtung in 1975 as “an ill-dressed and ill-prepared-for-the-cold white guy from the South.”

But his first meal of freshly cooked seal meat drove the cold right out of his body, Patterson said.

“Upon eating the fresh cooked seal meat, I almost immediately felt powerful warmth surging through my blood vessels like molten metal, warming my hands and feet and giving me energy and a great feeling of well-being… Power food, I thought. And it is,” Patterson said.

He also praised the late Meeka Kilabuk’s work as a designer of seal and other fur fashions, work that attracted international praise.

And he said consumer demand for seal products appears to be growing.

“The Nunavut Arts and Crafts Association recently examined the sales of seal products at southern events such as the recent Northern Lights Conference here in Ottawa and fashion shows. They found that there had been a 25 per cent increase in sales over sales from the previous two years,” he said.

Patterson provided a short history of the movement that led to the European Parliament’s 2010 ban on importing seal products into EU member nations.

But he also praised the former Nunavut MP, Leona Aglukkaq, for her “quiet diplomacy” in blocking the EU’s application for observer status at the Arctic Council until the EU meets the condition of being respectful for indigenous rights.

“I hope that she will write her memoirs on how she persuaded [United States] Secretary of State John Kerry to broker a deal with the Europeans to reconsider their approach to the Inuit, in particular,” Patterson said.

“To me, this bill is about another step in restoring the credibility and dignity of the Inuit, around this issue of sealing.”

Bills that originate in the Senate are rarely, if ever, adopted as law in the House of Commons, which means Hervieux-Payette’s bill may end up serving primarily as a symbolic gesture.