“My constituents feel they’re being taken advantage of” 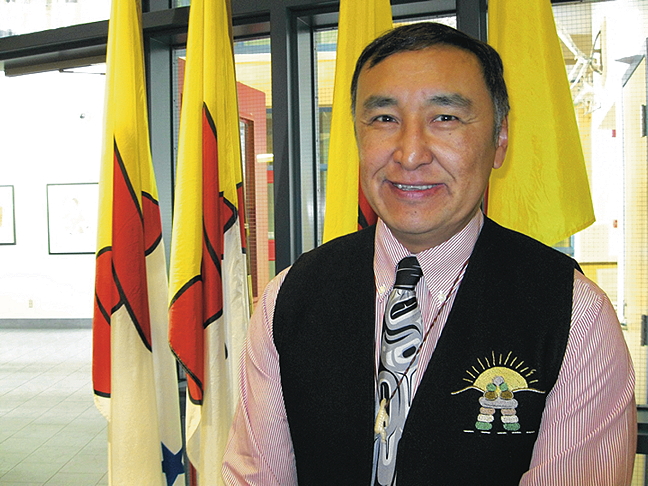 Nunavut Health Minister Paul Okalik said when the government’s current airline contract with First Air and Canadian North expires in 2016, they will shop around for other airlines to provide medical travel and other services. (FILE PHOTO)

The Government of Nunavut will shop for new airlines to partner with after the current contract with First Air and Canadian North expires in 2016, health minister Paul Okalik said in the legislature in Iqaluit Oct. 21.

Okalik’s comment came on the first day of the 2015 fall sitting of the assembly, which saw five MLAs, three ministers and the premier slam the controversial codesharing agreement the two airlines launched in July.

“We’ll be opening up the contract for any other business interested in the contract… but we’ll continue to meet and work with the airlines,” Okalik said during oral question period.

Executives from both airlines defended their codeshare deal as a cost-saving necessity during a meeting with the Qikiqtani Inuit Association earlier this month.

But their companies’ need to turn a profit seems to clash with what Premier Peter Taptuna described Oct. 21 as “an essential service.”

“I realize airlines are a business and need to make a profit, but that doesn’t mean service needs to fall so far down that almost every customer speaks of a negative experience since the codesharing agreement has been implemented,” Arviat South MLA Joe Savikataaq said.

“Ticket prices remain high, seat sales seem to have disappeared and baggage allowances have gotten more restrictive, making it harder for youths to take part in sporting events outside their community.”

Pat Angnakak, MLA for Iqaluit-Niaqunnguu, said the federal government should be lobbied for help, pointing out that the U.S. government subsidizes commercial airlines to provide regularly scheduled flights to more than 160 rural and remote communities, including in Alaska.

The codeshare problems MLAs described in the legislature Oct. 21 — which negatively impact the GN’s bottom line and Nunavummiut in general — include:

• increased travel days for medical patients travelling outside of Nunavut;

• failed shipments of temperature-sensitive medical samples to clinics outside of Nunavut;

• decreased number of flights, especially in the Kitikmeot region where flights between communities are now being routed outside of Nunavut, through Yellowknife;

• increased cargo fares within Nunavut, and increased wait times to pick up delivered cargo; and,

Many of these same issues were raised at the Kitikmeot Inuit Association’s recent annual general meeting, as well as at a meeting of Nunavut municipalities.

Okalik said these issues have been raised with the airlines multiple times, including in a letter sent to them earlier this year, to which the airlines have not responded.

“We’ll have to continue to raise [these concerns] for the airlines to accommodate us,” he said.

But before the GN issues a new Request for Proposals in hopes of finding a more cost-efficient airline carrier, the federal Competition Bureau is expected to release its findings on whether the airlines are in cahoots to make the market less competitive for their own advantage.

Both the GN and the City of Iqaluit filed complaints earlier this year with the bureau, an independent agency that ensures Canadian business and customers benefit from a competitive marketplace.

The Bureau has not indicated a timeline for when a decision will be made public.

“Try telling that to our constituents who only see that the cost of a roundtrip ticket from Iqaluit to Ottawa can be more expensive than [a roundtrip] from Ottawa to Paris,” she said.