Hearings to take place in July in Iqaluit, Igloolik and Pond Inlet 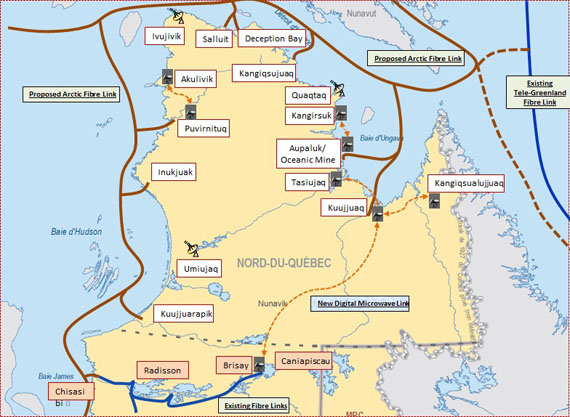 The Nunavut Impact Review Board has accepted Baffinland’s 10-volume final EIS on its Mary River iron ore project (part of which is shown on this map from the final EIS). The project now goes into a 90-day technical review period. Final hearings on the project will take place in July in Iqaluit, Igloolik and Pond Inlet.

Final hearings on Mary River will take place this July in Iqaluit, Igloolik and Pond Inlet, the NIRB and the Nunavut Water Board said Feb. 29.

The hearings will also deal with the NWB’s review for Baffinland’s Type A water license.

The NIRB and the NWB said it will ensure that “a broad range of representatives” from the communities of Arctic Bay, Cape Dorset, Clyde River, Coral Harbour, Grise Fiord, Hall Beach, Resolute, and Kimmirut are brought to one of the places where the final hearings will take place.

Baffinland, a private company now under the control of ArcelorMittal, the European steel-making giant, and a private investment firm, Iron Ore Holdings LP, wants to see the Mary River mine churn out about 18 million tonnes of iron ore a year, which will then be shipped out year-round to markets in Europe and Asia for at least 20 years — and some predict up to 100 years.

The construction workforce will range in size from 1,700 to 2,700 persons, while the estimated workforce during the operation phase is about 950 persons.

On Feb. 14, the NIRB started its internal review of Baffinland’s final EIS submission for the Mary River Project.

The board wanted to determine compliance with the NIRB’s previously issued EIS guidelines and decision that came out of the preliminary conference hearing meetings.

That decision listed 356 detailed points that Baffinland had to respond to in its final EIS.

These touch on such issues as shipping and rail routes, ballast dispersal and the cumulative effects of the project on caribou — in short on all the impacts that the mine may have on water, air, land, animals and people.

“Although a number of minor information gaps were identified during this compliance review, in the Board’s opinion the information as presented in the FEIS is sufficient to accept the submission as a FEIS and initiate public review of the document,” said a Feb. 29 letter to Erik Madsen, Baffinland’s vice-president of sustainable development, sent jointly by the two Nunavut boards.

A 90-day technical review period now starts during which groups like the Qikiqtani Inuit Assoc. and other parties can see if they agree with Baffinland’s conclusions regarding the project’s “potential ecosystemic and socio-economic impacts, the adequacy of proposed mitigation and monitoring measures and, ultimately whether parties support the approval of the project as currently proposed.”

They’ll have until May 30 to submit final written submissions on the project.

Baffinland now has two weeks to outline planned approach to addressing the deficiencies and clarifying other items, as identified by NIRB.

• a rationale for the need for year round shipping;

• alternatives assessment regarding floating camp at Steensby Inlet; and,

• information on water management and potential impacts related to the housing of the Steensby Port construction camp in floating accommodations.

The final EIS and all associated correspondence and documentation can be accessed online from the NIRB’s public registry.