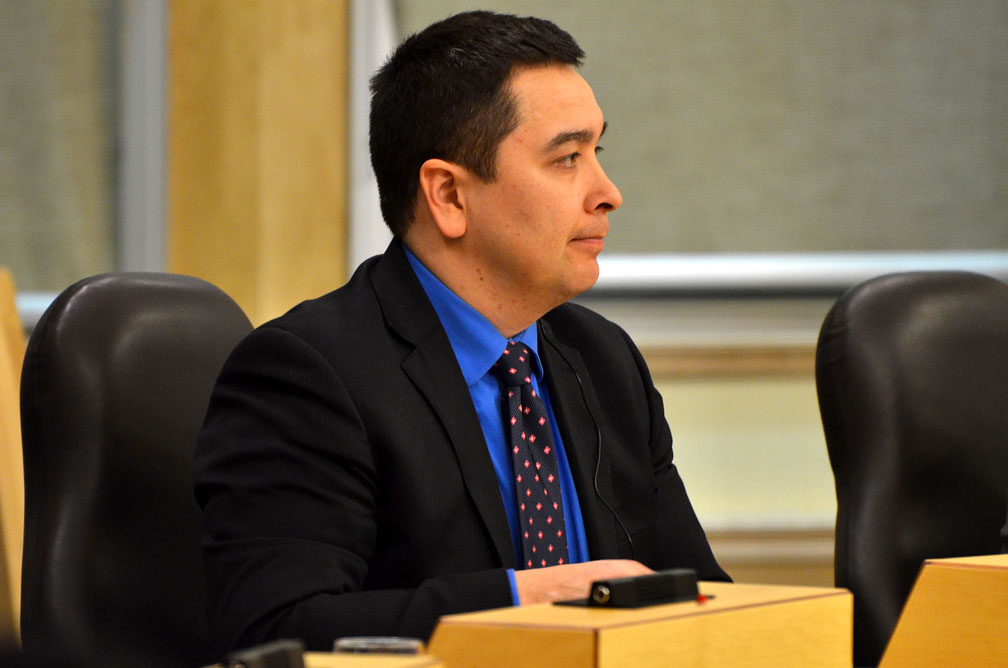 Nunavut’s Department of Education and the Iqaluit District Education Authority are butting heads over the results of a student headcount done in 2017. The Iqaluit DEA says a departmental audit shows that its criticisms were correct. (FILE PHOTO)

Internal documents obtained from Nunavut’s Department of Education by the Iqaluit DEA appear to contradict the minister of education’s statements made last week about the 2017 student headcount in Iqaluit.

Education Minister David Joanasie told Nunatsiaq News that he did not direct such an audit to be done, and that he was unaware of what the audit had found or who was responsible for it. But documents obtained by the DEA through an access-to-information request say otherwise.

The audit was undertaken at Joanasie’s request, according to the audit’s final report.

That report lists Joanasie as the first person on the distribution list for the final report. He also attended the meetings about the audit.

The Iqaluit DEA is embroiled in a dispute with the department over the headcount, which is used to calculate how many teachers are hired in the district and how much funding the DEA receives.

The DEA maintains it was shortchanged as a result of the 2017 headcount being based on data collected later than usual.

According to Doug Workman, chair of the Iqaluit DEA, a tally of student attendance is supposed to be done on Sept. 30 each year to determine the DEA’s budget and the budget for school programming, along with the number of teachers to be hired. He says this information has been gathered on Sept. 30 since the 1970s.

In 2017, however, the Department of Education retrieved those student numbers on Nov. 15, according to internal emails.

Workman maintains that retrieving the numbers a month and a half later skewed the totals, because students can sometimes drop from classes later in the semester due to absenteeism or moving to another community. This resulted in at least three fewer teachers for the Iqaluit district this year, along with substantially less funding, he says.

While the Department of Education told the DEA in January 2018 that it had counted 1,305.5 students from the November 2017 data, Workman says that as of Sept. 30, 2017, there were actually 1,349 students, and that is the number that should have been used to determine funding and staff.

In an interview last week with Nunatsiaq News, Joanasie said that retrieving the student count at any time is fine because these numbers are always changing.

He also said that since principals sometimes input their data into the system later than they should, it would benefit many schools to have the attendance numbers retrieved on Nov. 15.

Workman, however, says those changing numbers are precisely why they have always had to be captured on Sept. 30 of each year.

The audit report shows that the majority of the students who were lost in the miscount had switched districts, left school or did not meet the minimum 60 per cent attendance.

While Joanasie told Nunatsiaq News that he does not know if a mistake was made by taking these numbers later in the semester, that any time should be fine, the final report of the audit includes a “reporting changes” section that suggests otherwise.

“The department will be adjusting its reporting to include all active students as of Sept. 30, 2018,” the report states.

“This change in approach will enable the department to include students the DEAs deem as enrolled as of Sept. 30 regardless if the students’ status is changed to Deleted/Withdrawn after Sept. 30.

“This will increase the number of students included into the enrolment. This will also… identify students released from the beginning of school until the date of the FTE final data report.”

The report says the Department of Education “understands the need for modification toward the application of SER formula” and is consulting with stakeholders to update it, in order to “meet the department’s desire for a consistent, predictable and equitable approach to funding school staff that adheres to the legal obligations under the Education Act.”