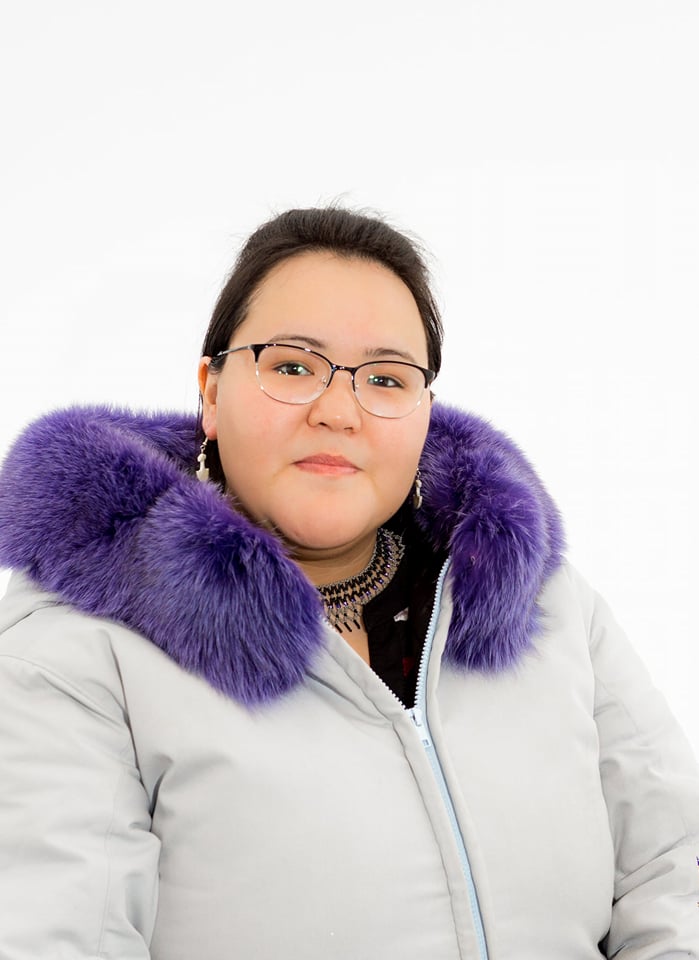 Mila Kamingoak, acclaimed as MLA for Kugluktuk after the deadline for declarations of candidacy closed, released this message Sept. 29: “I am happy to announce that I have been acclaimed as your next MLA of Kugluktuk. I am very humbled to be representing our home of Kugluktuk. I look forward to engaging and working with people in our community.” (PHOTO COURTESY OF MILA KAMINGOAK)

Reached Sept. 30, not even one day after she learned she had won the Kugluktuk riding by acclamation, Nunavut’s first new MLA, Mila Adjukak Kamingoak, says she was still feeling overwhelmed by a mixture of excitement, surprise and pride.

“I am humbly overwhelmed with the support I’ve received from the people of Kugluktuk and the trust they have in me to represent our community” Kamingoak said in a message to her constituents.

“I hope to inspire our younger generation to know that anything is possible.”

Kamingoak, 31, a mother of five children, also said she hopes to inspire women and busy mothers.

“I had no idea [that I would be acclaimed],” Kamingoak said.

But the unexpected win won’t change the rookie MLA’s game plan for the next month.

Kamingoak told Nunatsiaq News Sept 30 that, although she’s won her seat, she plans to spend the next month going door-to-door in the western Nunavut town of roughly 1,500 to meet and learn from her constituents.

Her acclamation marks the first time that Kamingoak has ever held public office, and, while she admits this elected position is new to her, she plans to prepare for her job and continue to draw on her organizational skills as a mother of five, aged two to 19, in her work as MLA.

The riding of Kugluktuk was previously represented by the outgoing Nunavut premier, Peter Taptuna, who was also elected by acclamation to his seat in 2013, but did not seek re-election Oct. 30.

“I want to thank Peter for all his efforts on behalf of Kugluktuk,” Kamingoak said.

She also thanked her financial officer and campaign manager as well as her family.

Kamingoak said that for now, she has no plans to move to Iqaluit with her husband, Russell Akeeagok, and their children, after moving back to her home community last year.

But Kamingoak said she wouldn’t be able take on the new challenge as MLA without their support.

During this territorial election, Kamingoak is the only candidate to win by acclamation.

Kamingoak said she ran for MLA because she feels she could bring the concerns of people in Kugluktuk to Iqaluit.

That’s why she said she will still spend the time between now and Oct. 30, during what would have been the campaign period, meeting with as many people as possible to hear what’s on their minds.

While she’ll know better what her focus as MLA will become after that, Kamingoak added that she comes from a “mining family,” so she knows how important those jobs are for her community and region.

During her term, it’s a certainty that Kamingoak will deal with potential large-scale resource and infrastructure developments at her community’s doorstep.

Kugluktuk lies near at least one major mineral exploration project, operated by the MMG Canada, the company that controls Izok Lake and High Lake, the two most valuable mineral deposits in the area, and the proposed Grays Bay port and road project, which would, in its first phase, include a deepwater port at Coronation Gulf on the Arctic Ocean and a 230-kilometre all-season road between the port and the site of the abandoned Jericho diamond mine.