GN pledges $200,000 to support use of Inuit language in film and other media 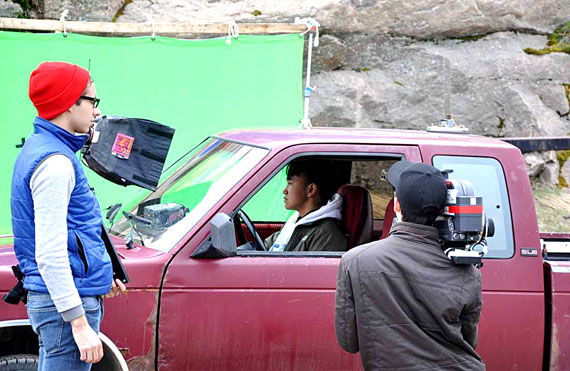 A Toronto-Iqaluit film crew shoots a scene from the short film Hunt in Iqaluit in 2011. (FILE PHOTO)

The Government of Nunavut delivered a Christmas gift to the territory Dec. 19, when the GN announced $200,000 to support the use of the Inuit language in film, television and digital media.

The money can be accessed by Nunavummiut film, television and digital media producers through the Nunavut Film Development Corporation’s Nunavut Spend Incentive Program, the Short Film Fund, and the new Inuktut Versioning Fund for Existing Programming.

“Nunavut films and television play an important role in protecting and promoting our Inuit culture, identity and language, even more so now with the advent of pop culture,” said Paul Okalik, Nunavut’s language minister, in a Dec. 19 news release.

The money, which comes from Department of Culture and Heritage, is meant to highlight the GN’s commitment to the Uqausivut Plan — the government’s “roadmap” to implementing its Official Languages Act.

“The film industry spends about $13 million per year in Nunavut,” said George Kuksuk, Nunavut’s economic development and transportation minister in the same release. “We want this industry to reflect the language of the majority of the people in Nunavut.”

The support from the GN will go a long way to increase Inuktitut content through television, the consumer market, educational institutions and the internet, said Derek Mazur, chief executive officer of the Nunavut Film Development Corporation.

“This program is important both culturally and economically to Nunavut,” Mazur said.

More information about accessing the Inuktitut film money is available at www.nunavutfilm.ca.