But majority of Nunavut women still opt for southern births 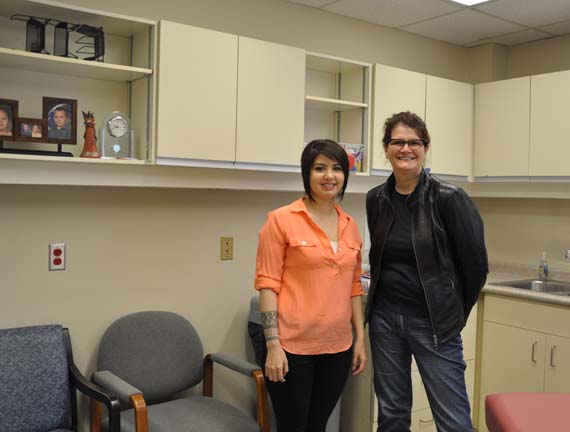 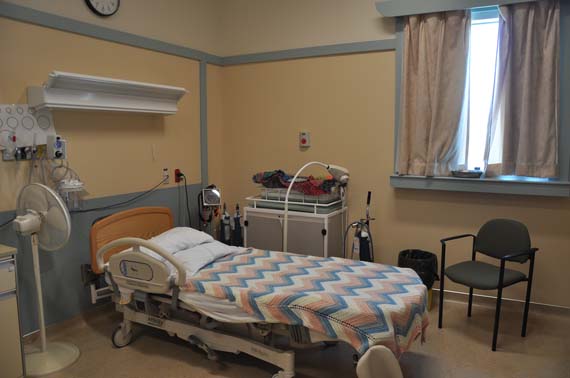 RANKIN INLET — Midwifery across the territory has seen some big changes this year: Nunavut Arctic College just celebrated the first two graduates from the community midwifery program in Cambridge Bay and Iqaluit just hired its first midwife earlier this year.

But Nunavut’s oldest, and largest, birthing centre is actually in Rankin Inlet.

By the time Connelly graduated from high school, she had already given birth to two babies with the help of local midwives.

“And it was a good experience for me,” she said. “So it just seemed like a natural fit when I saw the program advertised.”

Connelly and her classmates were part of a pilot project at Nunavut Arctic College, which launched the territory’s first midwifery program in the mid-2000s.

She and fellow midwife Rachel Jones were, in fact, among the first Nunavummiut to be registered as midwives.

Before then, midwives came to Nunavut from all over the world.

“But they weren’t permanent, so the service was less consistent,” Connelly said. “They had to send out births more often.”

The Rankin birthing centre, the first of its kind to open in 1993, was largely the work of the late Nowyah Williams, a maternal care nurse, and Joyce England.

“I knew right away that sending out Inuit to have babies was not right,” Williams told a 2007 midwifery conference in Iqaluit.

Nunavut women in all three regions of the territory now enjoy access to midwifery services.

Iqaluit’s new midwife has delivered a handful of babies so far this year, and is taking new clients. The GN expects to hire a new midwife there in the fall and Cambridge Bay’s birthing centre has been open since 2009.

While the Nunavut government is hoping to train more local and Inuit in midwifery, some midwives still come in from the South and elsewhere: Toronto-based registered midwife Mary Hunking has been doing casual contracts in Rankin Inlet since 2012.

The remoteness of the communities in Nunavut makes the scope of a midwife’s work much wider, Hunking said, allowing her to expand on what she might normally do in the South.

With two of Rankin Inlet’s other midwives on leave, Hunking and Connelly have been busy.

They’re currently following 40 prenatal clients, and about 15 post-partum — they might see 10 clients a day.

Midwives follow their clients at Rankin Inlet’s public health and wellness centre, although the centre’s birthing rooms are housed up the road at the Kivalliq health centre. That’s where doctors perform ultrasounds on pregnant women.

The birthing room is fairly spacious, including a bed for mom and observation beds for the newborn, chairs for visitors, and a large bathroom, where they store an inflatable birthing pool.

Unlike southern Canada, where midwives look after women with low-risk pregnancies, in Nunavut, all types of pregnancies can be followed by midwives, explained Meaghan Moon, Nunavut’s maternal newborn services coordinator.

If you live in either Rankin Inlet or Cambridge Bay, your pregnancy is automatically followed by a midwife, she said, while women in other communities have the choice to be seen by a midwife or a doctor.

Where pregnancies are high-risk though, women are sent to either Yellowknife or Winnipeg when it comes time to deliver.

In fact, any woman can choose to deliver in the South, Moon said — and the majority of women still do.

Nunavut midwives do regular community visits, or pregnant women travel to their appointments. (The exception is the new program in Iqaluit, Moon pointed out, which does not include community visits in Baffin.)

In Rankin Inlet, where midwives provide pre-natal care for about 80 to 90 women a year, Moon said they’ve delivered an average of 50 babies a year over the past five years.

That’s compared to roughly 200 Kivalliq moms annually who deliver their babies in Winnipeg.

Throughout the Kitikmeot, about a third of women choose to deliver in Cambridge Bay, while the rest opt for Yellowknife. The Cambridge Bay birthing centre has averaged about 10 births a year since it opened.

Women from Whale Cove and Chesterfield Inlet tend to deliver more often with midwives because of their communities’ close family ties with Rankin, she said.

A high proportion of women in Baker Lake will participate in midwives’ community visits, although most travel south at delivery time.

Arviat families tend to be resistant to the practice of midwifery, she said.

But regardless of where their clients come from, Connelly and Hunking say that each birth affirms their decision to pursue their practice.

“I always find it amazing how women surround themselves with family and friends during the delivery,” said Hunking. “[Midwifery] is about not removing those support systems. It’s always interesting to see that birthing in a remote setting doesn’t remove that.”