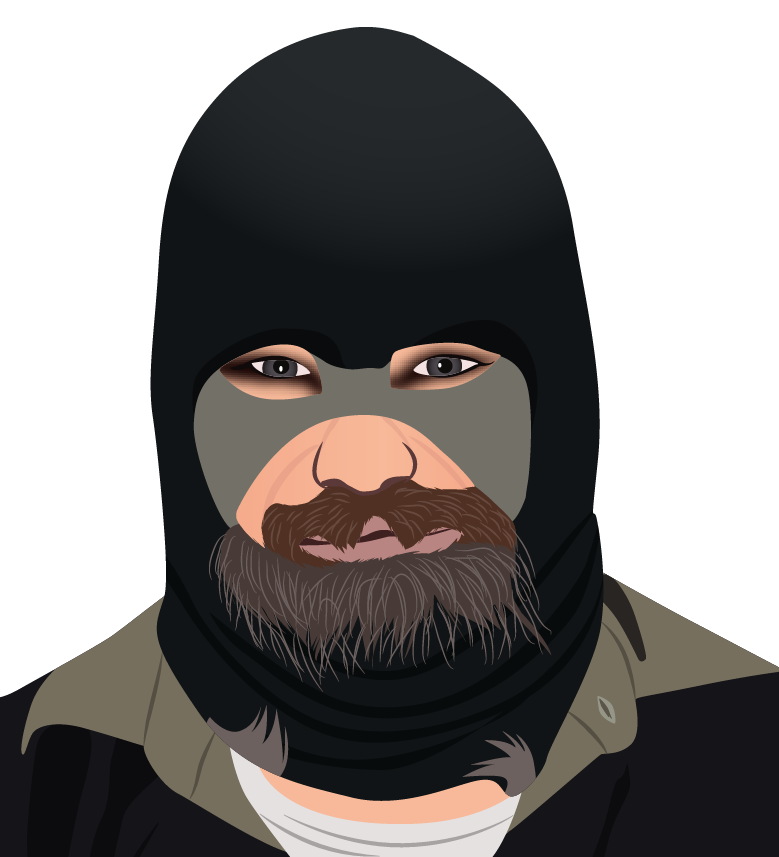 An early rendering of how Polarman might look as an animated character. (PHOTO COURTESY RYAN OLIVER) 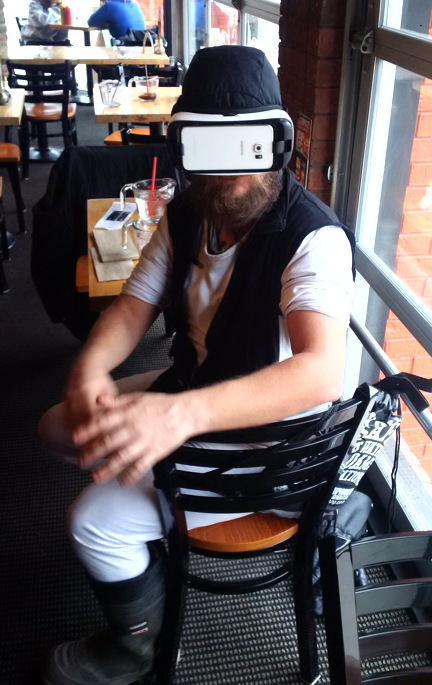 Polarman tries on a pair of virtual reality glasses in Toronto which blow his mind. Polarman, aka Derek Emmons, is collaborating with Pinnguaq to create a short, animated virtual reality film about the life of Iqaluit’s homegrown superhero. (PHOTO BY RYAN OLIVER)

And soon, Polarman will be transformed into an animated comic book hero and will inhabit a 3-D, virtual reality, northern landscape.

Polarman, Iqaluit’s homegrown superhero otherwise known as Derek Emmons, left Iqaluit with his parents for Kingston, Ont. about a year ago, but Ryan Oliver, founder and director of Pinnguaq, recently caught up with him in southern Canada and proposed an idea to immortalize Polarman for all time.

“We want Polarman to tell us his story using the simple word: home. The story of how Polarman defines his home now, how he defined it in Iqaluit and how he defines it internally,” Oliver said.

“One of the things he said to me a couple times is that he is Polarman. A real sense of self exists in that persona so we’re going to explore home — the internal one and the geographic one.”

Full details of the project can’t be revealed yet because Pinnguag — the gaming and multi-platform digital development company — is still finalizing a deal with their sponsor.

But Oliver is so excited about the new film that he offered some of the basics for Nunatsiaq News June 16.

The short, virtual reality art project will hopefully be part of Pinnguaq’s contribution to Canada’s 150th celebration in 2017.

Emmons, a long-time Iqaluit resident, lived much of his public life in a homemade mask and was well-known for keeping playgrounds safe from bullying and also for pitching in to shovel walkways and driveways when needed.

Oliver said respecting Emmons, and the wishes of his parents, was integral to this project.

Pinnguaq has paid Polarman story rights as well as a fee for being the film’s narrator. Oliver said he wanted it to be a real collaboration — with Polarman telling the story he wants to tell.

“He’s an extremely creative guy,” Oliver said of Emmons. “I think it was the moment I showed him virtual reality — that’s when he got it immediately. It was just ideas for the next three hours. He’s really stoked about it.

“You have to provide people with their own autonomy even if it’s not normal by whatever our standards of normal are,” said Oliver, whose first academic degree involved working with people with disabilities.

“If someone can clearly articulate why they are this way and why they want to be in this persona, then none of us has a right to take that away from them.”

The film, to be directed by Iqaluit’s Nyla Innuksuk, will not be revealing Emmons’ real face, at the request of the family, Oliver said.

It will likely open with a northern landscape with Polarman’s narration over top and then it will morph into virtual reality animation with a comic-book rendered version of Polarman.

Oliver is hoping to commission some of Canada’s most accomplished comic book artists who have worked with Marvel and DC Comics to render Polarman in all his heroic glory.

He doesn’t expect the film will have commercial value but if it does down the road, Oliver says he will include Emmons in any financial deal they negotiate.

Pinnguaq also has another Canada 150th virtual reality film pending, in collaboration with A Tribe Called Red. Details on that will also soon follow, Oliver said.