Obituary: The Jean Briggs that I knew 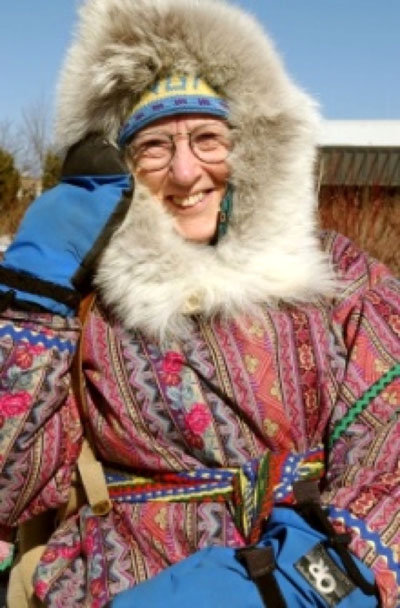 Jean Briggs: May 28, 1929 — July 27, 2016. Briggs, the author of Never in Anger and a dictionary of the Utkuhiksalingmiut dialect published last year, along with numerous other articles and books, died in St. John’s, Nfld. where for many years she taught at Memorial University. (PHOTO COURTESY OF MINI AODLA FREEMAN)

When my family and I moved to Newfoundland in 1967, my husband had invited Jean to our house to meet me.

We were sitting in the living room on the couch and she started to ask me about Inuit. I am thinking “she is one of those people who doesn’t believe that I am Inuk.”

Then she started to use Inuttitut words and sentences, so I asked her where had she learned the Inuit language.

She began to tell me about Chantrey Inlet, where she had lived with an Inuit family. She had lived there for more than a year with a particular family who travelled by dog team and still lived on the land.

We became very good friends after that. I began to look forward to her visits, but she was often away in Chantrey Inlet.

When she came back from one of her trips I had just had my third child. She invited me to her apartment on Elizabeth Ave. across the steet from Memorial University of Newfoundland.

We exchanged the usual Inuit greetings, “qanuipit,” “qanuingilanga” and so on. She said she would not go north anymore, and she wanted to adopt a baby. I had brought my baby with me to show her how to bathe him and clean his freshly cut belly button.

I do not remember what else I said, but she never did adopt a baby. Instead she built a house near Maddox Cove on the Cape Spear Peninsula.

Jean told me she was starting to work on a dictionary of the Chantrey Inlet Inuit dialect. When I first visited her in Maddox Cove I was surprised she lived so primitively — no heat in the house and no running water. I began to wonder if that was why she kept going north — to stay cool.

Then my family and I moved to southern Ontario, where my husband was to teach at McMaster University.

While we lived there we became very busy as my husband was helping the Inuit Tapirisat of Canada document Inuit land use and occupancy in support of Inuit land claim negotiations.

But I did not forget Jean, and would phone her every now and then and, among other things, hear of progress being made on her Utkuhiksalingmiut dictionary.

I was so pleased to recently hear that the result of those many years of dedicated work were published, just last year.

After around 10 years living in Ontario, we moved to Edmonton, Alta. and Jean came to visit me. I know that she loved soup, but instead I offered to make a fish meal.

She said “I cannot eat fish” and explained she was allergic. That was sometime in the 1990s, and that was the last time I saw her, although we spoke on the phone every now and then.

Jean died in St. John’s, Nfld., on July 27, 2016. I will deeply miss her and will remember how we met and our many, always interesting conversations.