On World No Tobacco Day, Nunavut continues to smoke away

Nearly 60 million cigarettes sold every year in the territory 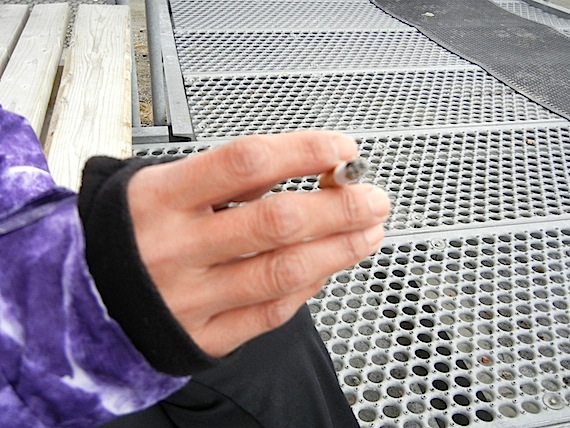 On May 31, World No Tobacco Day, many will stop smoking for 24 hours. (FILE PHOTO)

Today is World No Tobacco Day, a day when smokers are encouraged to not smoke for 24 hours.

In Nunavut, if everyone snuffed out their cigarettes, that would add up to about 160,000 fewer cigarettes smoked today.

In Nunavut, 58.9 million cigarettes were sold in 2016-17, according to the chief medical officer of health’s report on the Tobacco Control Act for 2016-2017, tabled recently in the territorial legislature.

The report notes that found that while many Canadian jurisdictions have observed steady declines in smoking prevalence, “this downward trend has not been seen in Nunavut.”

A Department of Health survey in 2016 showed that 74 per cent of Nunavummiut 16 or older had smoked within six months of the survey.

In 2016-17, this added up to 58.9 million cigarettes sold in the territory, an increase of two million cigarettes or four per cent from the previous year. This is despite a tax raise of five cents per cigarette introduced in March 2017 to reduce consumption.

Meanwhile, tobacco use in Nunavut continues to be linked to numerous diseases, such as chronic obstructive pulmonary disease, which is three times higher among Nunavut men than among the Canadian population, the Health Department report said.

The report talks about Nunavut’s Tobacco Control Act, which, since 2004, has led to education programs for tobacco retailers and public awareness campaigns, such as one that encouraged people to smoke 15 steps from a school.

In a release issued on World No Tobacco Day, the GN urged hamlets and local and regional organizations in Nunavut to submit funding proposals before June 23 for community-led projects to reduce tobacco use in the territory.

And for smokers who want to quit, nicotine replacement therapy, such as patches, gums and inhalers, are available at Nunavut’s local health centre, pharmacy or public health at no cost for Nunavut Inuit.