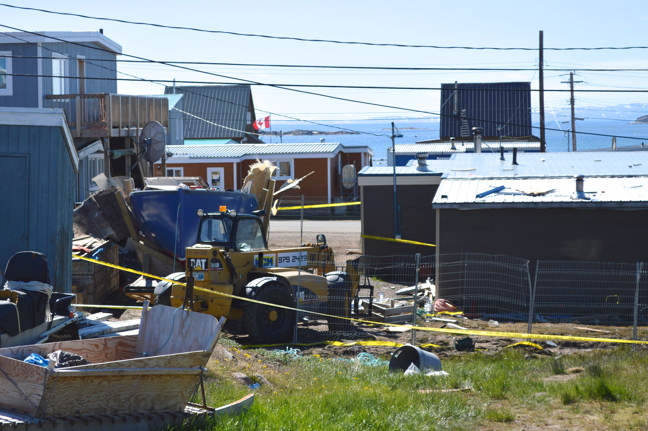 Debris from the explosion July 6 in Iqaluit’s Lower Base area is visible on nearby rooftops. 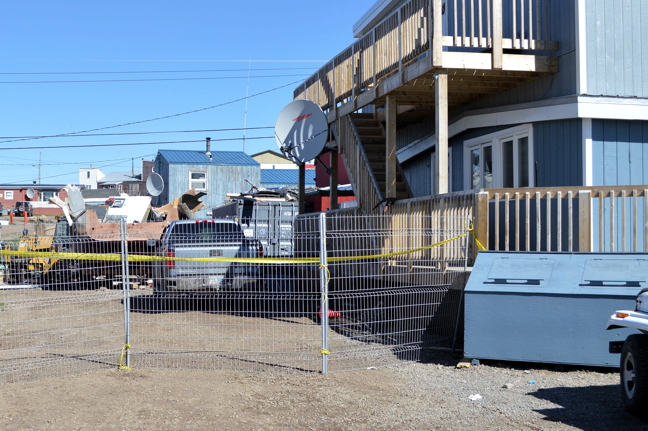 The scene of the July 6 explosion in Iqaluit shows the remains of splintered boat. (PHOTOS BY STEVE DUCHARME)

Two men are now dead and one is still recovering in a southern hospital after an explosion destroyed a boat that was parked alongside an Iqaluit house, July 6.

Nunavut’s chief coroner, Padma Suramala, confirmed that a 50-year-old man died the day of the explosion and another man, aged 57, died in Ottawa on July 9. She said she is coordinating the investigation with the Ontario coroner service.

She did not know the current medical condition of the third man and told our reporter it’s not her job to know that information.

Suramala said the names of the deceased will not be released at this time.

Police responded to reports of an explosion shortly after 4:15 p.m. on Ben Ell Drive in the Lower Base area of Iqaluit, the RCMP’s “V” Division media coordinator, Sgt. David Lawson, confirmed to Nunatsiaq News.

Investigators are still determining the cause of the explosion, Lawson said, adding that the Workers’ Safety and Compensation Commission and the Office of the Chief Coroner of Nunavut will be assisting in the investigation. Police do not suspect foul play.

The RCMP news release said that the three men were working on the boat at the time when an explosion occurred, inside the boat.

Debris from the explosion could still be seen, early July 7, on the rooftops of nearby houses.

Fencing and police tape surround the scene of the explosion and the two houses the boat was parked between, as well as an open area behind the lots.

All that remains of the boat is a shell, with the keel of the hull visible under the rubble of the splintered boat cabin.