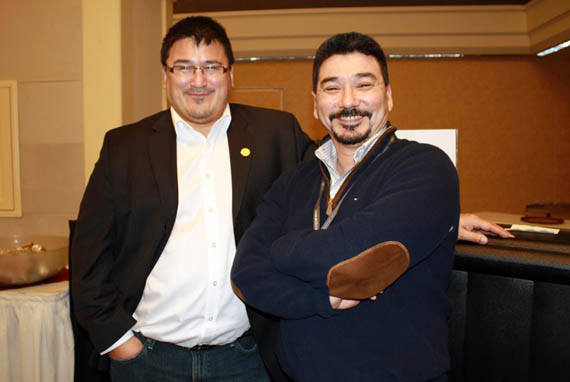 Hundreds of researchers around the globe study people, plants, animals, ice and weather in the Canadian Arctic, along with dozens of other aspects of the northern environment and society.

And this week’s Arctic Change 2014 will bring many of those researchers, as well as students, politicians and stakeholders, together under the one roof at the Ottawa Convention Centre.

The conference promises to be one of the largest gatherings of international Arctic research ever held in Canada, according to its website, welcoming more than 1,000 participants.

This year marks the 10th anniversary of the conference’s host ArcticNet, the Quebec City-based group made up of more than 30 universities, Inuit organizations such as Inuit Tapiriit Kanatami, the Government of Nunavut and the Kativik Regional Government, as well as other government agencies.

Conference sessions will cover topics spanning the Arctic environment and climate change, education and efforts towards establishing an Arctic university, along with the health and well-being of Inuit.

Alongside scientists and researchers, a number of Inuit leaders will share their perspectives at some of the workshops such as former Inuit Tapiriit Kanatami president Mary Simon, Nunavut education minister Paul Quassa and Nunavik’s health board director Minnie Grey.

You can see a full list of the conference program here.

Arctic Change is also the venue for the 2014 Arctic Inspiration Prize ceremony, which will unveil this year’s recipients of the $1 million award.

Watch Nunatsiaqonline.ca this week for coverage of Arctic Change 2014.