Carbon in soil will end up as greenhouse gas 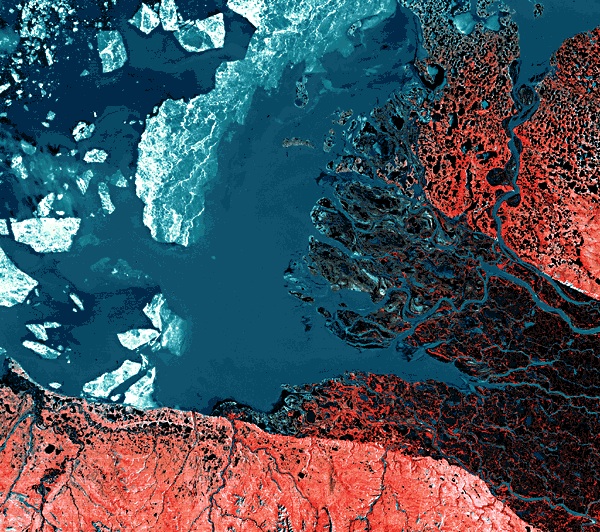 Accelerating permafrost melt means more rich soil is flowing into the Arctic Ocean where its carbon — an element at the basis of most living organisms — will seep back into the atmosphere as carbon dioxide, a greenhouse gas.

That’s according to a new study from the University of Alberta which uncovered a 39 per cent increase in dissolved soil flowing from the Mackenzie River into the Arctic Ocean.

Such an increased flow can happen slowly through a gradual warming of soils, or suddenly, due to slumping or landslides where large sections of earth break off and collapse at once.

“We know that that thaw depth is deepening at many places throughout the Arctic, and we also know that the prevalence of these slumps is increasing in magnitude as well,” said the study’s lead author Suzanne Tank from the University of Alberta in a May 13 news release.

Tank said “we have good evidence here to say that changes in climate and permafrost degradation” are responsible for the increased flow of carbon found in the topmost layer of soil, which is rich in organic matter thanks to plant growth.

Much of the dissolved carbon in the Mackenzie River will return to the atmosphere as carbon dioxide, but some will stay in the Arctic Ocean, where it may also increase the acidity of the water.

The Mackenzie River delta covers more than 1.8 million square kilometres — close to a fifth of Canada’s landmass. For the study on its waters, researchers drew on Environment Canada data from 1972 to 2012.

“We’re actively working to build these datasets for other large Arctic rivers since they are so critical for understanding how our ecosystems are functioning and how large areas of the North are changing,” Tank said.

And carbon isn’t the only fallout in rivers due to thawing permafrost.

Its melt may also release mercury that was locked in the soil and further add to the amount of mercury that enters Arctic rivers, previous research determined.

Environmental scientists at Harvard University found in 2012 that mercury carried by river water is adding lots of mercury, a toxic element, to the Arctic Ocean.

Mercury is a naturally occurring element, which is also released into the environment by activities such as coal-burning power plants, incineration and mining.

But monitoring data shows mercury levels in Arctic plants and wildlife have increased over the past 30 years due to long-range transport of mercury from foreign sources.

Reducing greenhouse gas and mercury emissions has been on the agenda of federal environment and climate change minister, Catherine McKenna, May 14 and May 15 at the G7 environment ministers’ meeting in Toyama, Japan.

There Japan called for “concrete action” to implement the Paris climate change agreement from the G7 nations which also include France, Germany, Italy, the United Kingdom and the United States.