Photo: A whale of a time 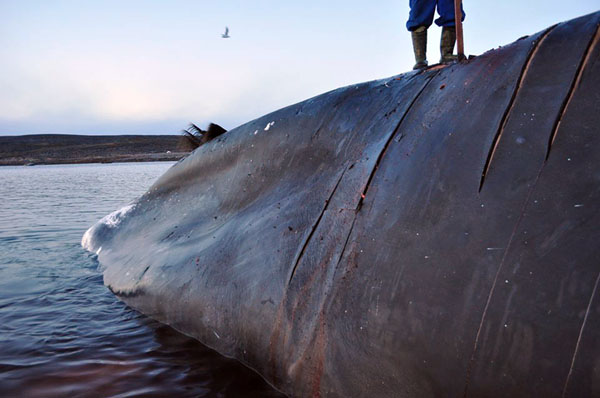 A hunter stands atop a bowhead whale harvested Aug. 31 just south of the Nunavik community of Kangiqsujuaq. A crew from the Hudson Strait community had been pursuing a bowhead whale for three weeks, before they harpooned the whale and then detonated a penthrite explosive device that finally killed the animal. Harvesters were still on site butchering the whale Sept. 1 and waiting on winds to die down before returning home. Kangiqsujuaq was the first Nunavik community to revive the region’s bowhead whale hunt in 2008. (PHOTO BY PHILIP BIGONESSE)