Photo: After a gruelling day in court, the waiting begins 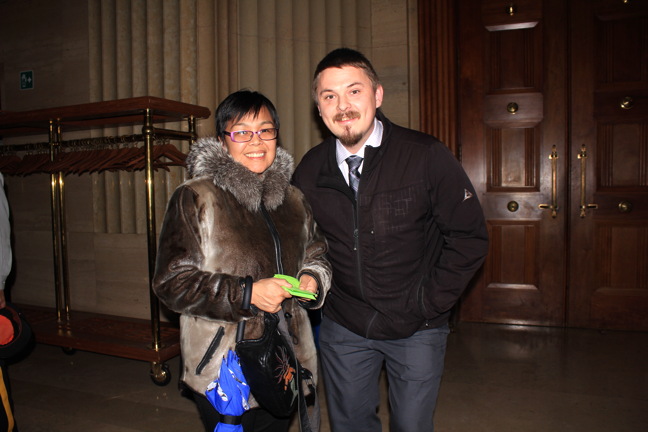 Université d’Ottawa law student Lori Idlout and P.J. Akeeagok, president of the Qikiqtani Inuit Association, in the lobby of the Supreme Court of Canada building in downtown Ottawa Nov. 30. The two were among many Inuit who attended a hearing to determine, once and for all, whether Inuit were properlly consulted, as is their constitutional right, prior to a consortium of companies being given permission to conduct seismic testing off Baffin Island. “There’s a misunderstanding in terms of what adequate consultation means,” Akeeagok said, adding Inuit want development but only if they can be full participants in the process. Said Idlout: “I really wanted to be inside that decision-making process where it feels like some framework will be established to help develop a relationship toward reconciliation between Indigenous people and the Crown.” Read more about the case later, on nunatsiaqonline.ca. (PHOTO BY LISA GREGOIRE)