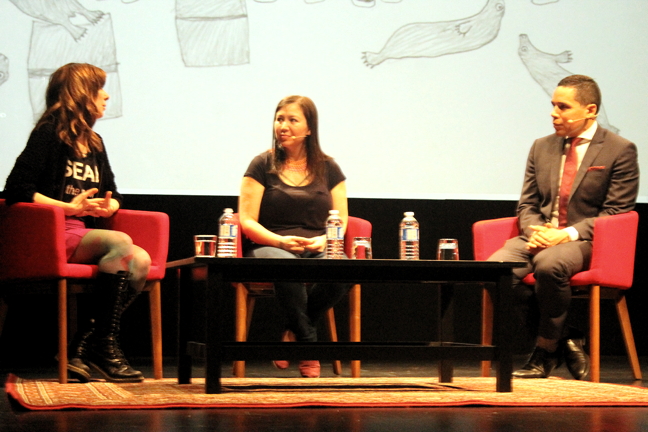 Angry Inuk filmmaker Alethea Arnaquq-Baril sits down with Natan Obed, president of Inuit Tapiriit Kanatami, and Christine Lalonde, moderator and associate curator Indigenous Art at the National Gallery of Canada, for a discussion following the screening of Arnaquq-Baril’s award winning documentary “Angry Inuk” April 27. The screening was part of Toronto International Film Festival’s Top Ten festival at the Ottawa-based gallery. “We have so many more allies with this film than we ever had before,” Arnaquq-Baril said. Looee Okalik, who attended the screening, talked about the film’s seal hunting theme: “It’s a part of our culture and we need to be present for the process to ensure we are engaged and supportive,” she said. (PHOTO BY KELLY BUELL)