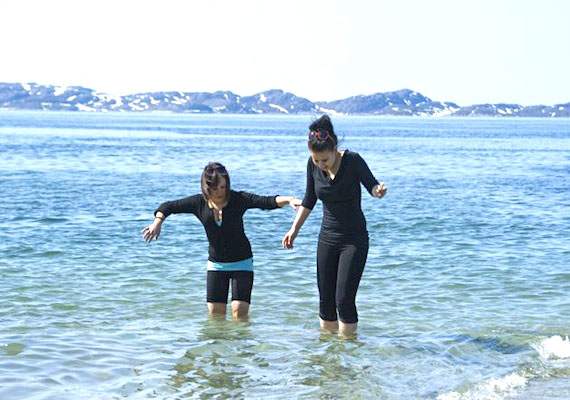 Two girls cool off outside Nuuk this past week during a record-breaking heat wave in Greenland. On May 29 temperatures in the southern Greenland town of Narsarsuaq hit 24.8 C — the hottest temperature ever recorded in Greenland in May and close to breaking the highest temperature ever recorded in Greenland. The previous record for May, a temperature of 22.4 C, was recorded May 31, 1991 in Kangerlussuaq. The heat comes as scientists say recording stations in the Arctic and Mongolia have registered levels of carbon dioxide, a gas that warms the atmosphere, which haven’t been as high for 800,000 years. Scientists quoted in reports say those levels are “an indication that we’re in a different world.” (PHOTO BY LEIFF JOSEFSEN, SERMITSIAQ AG)