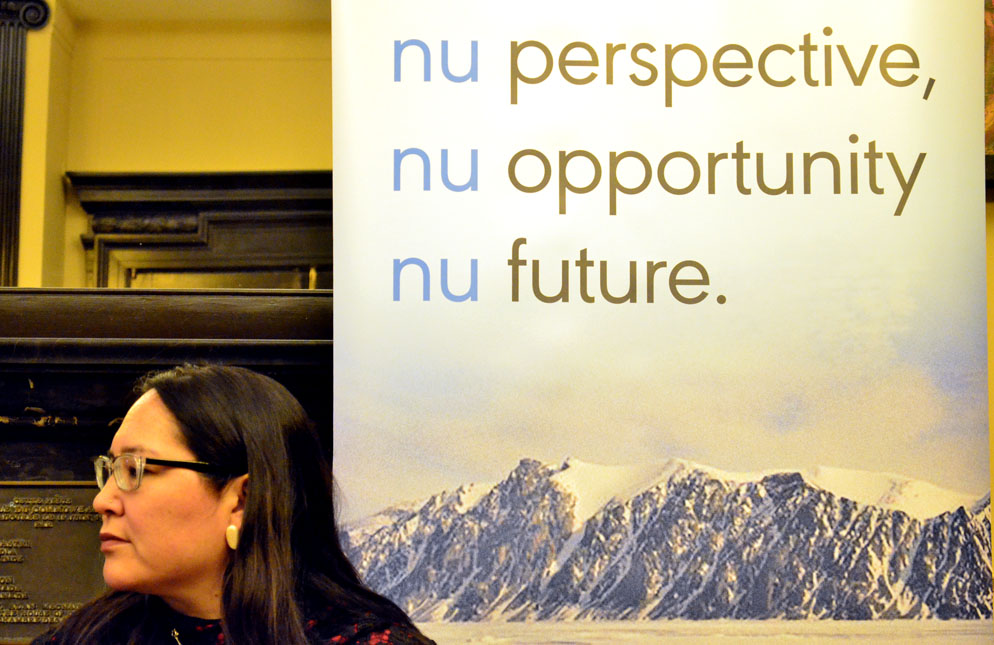 Aluki Kotierk, the president of Nunavut Tunngavik Inc., at a discussion panel on Parliament Hill in Ottawa yesterday with Carolyn Bennett, the minister of Crown-Indigenous relations and northern affairs, and Paul Quassa, the premier of Nunavut, held to talk about the implementation of the Nunavut Agreement’s Article 23. That’s the section of the land claims agreement that says governments should do things to increase the number of Inuit with government jobs until the proportion of Inuit working in government is equal to the proportion of Inuit living in Nunavut, a number that now stands at around 84 per cent. NTI is promoting action on Article 23 with a study released last fall by PricewaterhouseCoopers, glossy marketing materials with the catchline “renu the promise,” and a social media hashtag, #anufuture. (PHOTO BY JIM BELL)