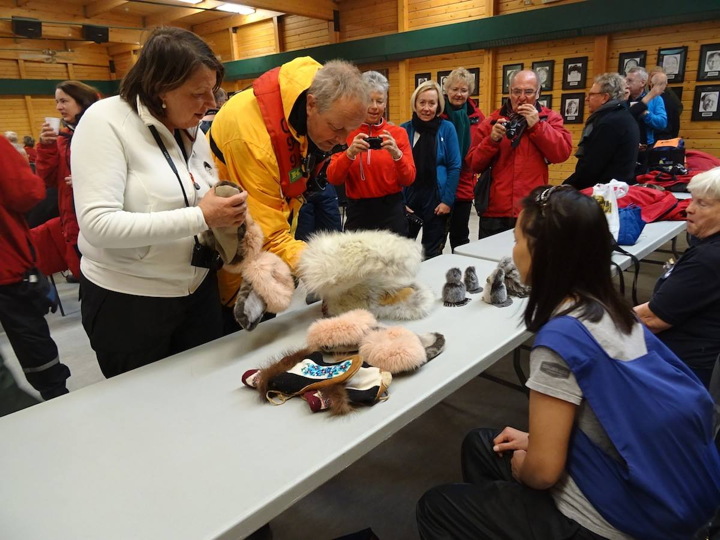 A passenger from the Hapag-Lloyd cruise ship the Bremen eyes some wolf fur mittens for sale at the Cambridge Bay community hall during a stop in that community Aug. 31. The western Nunavut hub has been busy this week hosting passengers from several cruise ships and private yachts. According to local cruise coordinator Vicki Aitaok, passengers from the giant Crystal Serenity ship, which stopped in Cambridge Bay Aug. 29, dropped about $100,000 in the community in goods, donations and shore services. The smaller Bremen, carrying about 150 mainly German passengers, was mid-way through a 20-day round-trip Northwest Passage voyage starting and ending in Greenland. Read more about that ship’s port of call on nunatsiaqonline.ca. (PHOTO BY JANE GEORGE)