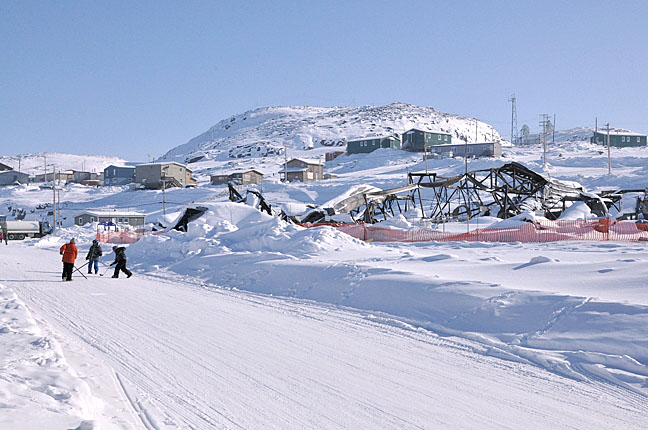 Kids play hockey alongside the charred, snow-covered husk of Peter Pitseolak High School in Cape Dorset March 30. Students from the school, which burned down in an arson fire in September 2015, are sharing class space with students at Sam Pudlat Elementary School while the Department of Education considers other options for interim class space. The government has said a new school is expected to be open in the comumunity by 2019, and that the clean up of the burnt school will be completed during the next sealift season. (PHOTO BY THOMAS ROHNER)