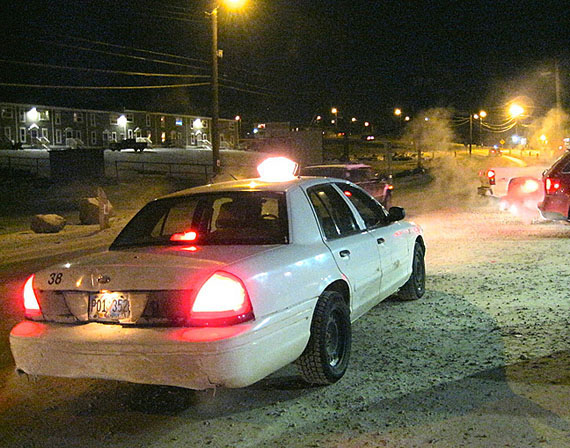 Nunavut police are investigating the attempted robbery of an Iqaluit taxi driver, the RCMP said in an Aug. 31 release.

Police in Nunavut’s capital responded to a call about an armed robbery late Aug. 27.

The RCMP said a male wearing a white hooded sweatshirt hailed a taxi near the Arctic Hotel that evening and asked to be driven to “White Row,” a section of housing units in the city now called Creekside Village.

While driving, the suspect became violent and used a weapon to demand money from the driver.

After a physical alteration, the RCMP said the man fled the taxi on foot in the direction of the Northmart store.

No one was injured in the altercation and the suspect did not make off with any cash, police said.

Police say they are unable to provide a better description of the suspect, but the RCMP asks anyone with information about the incident to contact them at 867-979-0123, or Crime Stoppers at 1-800-222-8477.