“We’re trying to get the most out of these kids” 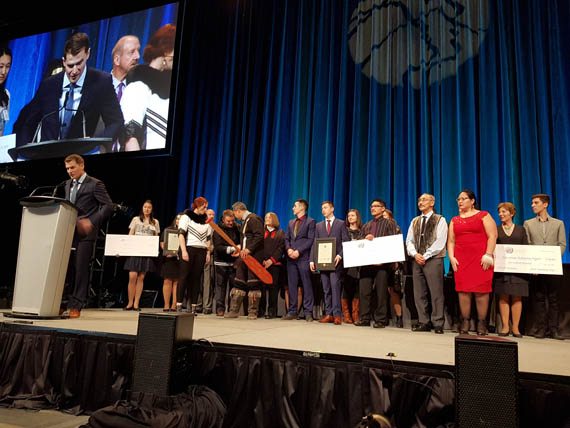 David Clark, at left, is flanked by the co-coordinators of the Rankin Rock Hockey Camp as they receive their $80,000 cheque Jan. 31 at the Arctic Inspiration Prize gala in Ottawa. (PHOTO BY SARAH ROGERS) 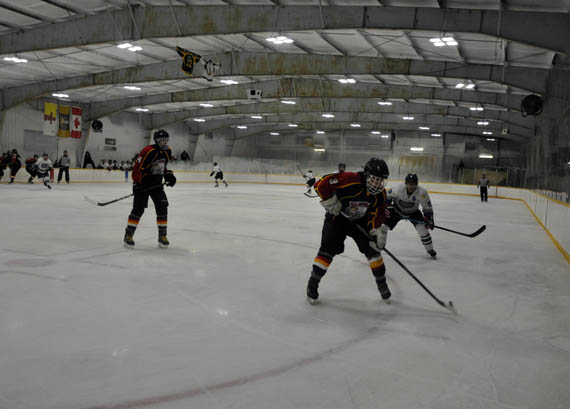 But now the real work begins for the group behind Rankin Rock Hockey Camp, which was awarded $80,000 of the foundation’s annual wellness prize last month to grow its local program and expand the camp to two other communities, Arviat and Baker Lake.

The Rankin Inlet-based hockey camp was launched five years ago by local recreation coordinator David Clark and a group of other hockey players and parents.

The camp runs during the schools’ professional development week, which usually falls on the third week of October. Last year, the program welcomed 190 local hockey players, from age three to 17. About a third of them were girls.

“We’re trying to teach the kids not only hockey skills, but life skills,” Clark said.

The group does that by offering on- and off-ice programming, including fitness, games and literacy classes.

The camp, which has previously operated on $20,000 in grants from Nunavut Sport, the hamlet and the local minor hockey association, has now quadrupled its budget with the $80,000 prize money.

With that extra funding, Clark said they’ll introduce a youth leadership component, where they’ll hire about 20 local high-school students to help run the week-long program in Rankin Inlet and provide lunch for participants.

Once the Rankin Inlet camp has wrapped up, organizers hope to bring the camp to Baker Lake and Arviat, both communities that have shown interest in the program.

“We’re trying to get the most out of these kids,” Clark said.

Clark had just wrapped up the 2017 camp when someone suggested he apply for the AIP. He spent the weekend preparing the application, and just a few months later learned the group had been successful.

The camps will run in October and November 2018.

Now Clark said he has his work cut out for him, with triple the planning to do.

“But to see the positive impact on the kids, it’s a proud moment for me and everyone involved,” Clark said.

“I know every single one of the kids personally.”