“The suffering of Nunavimmiut youth is sometimes so intense, it questions our collective humanity” 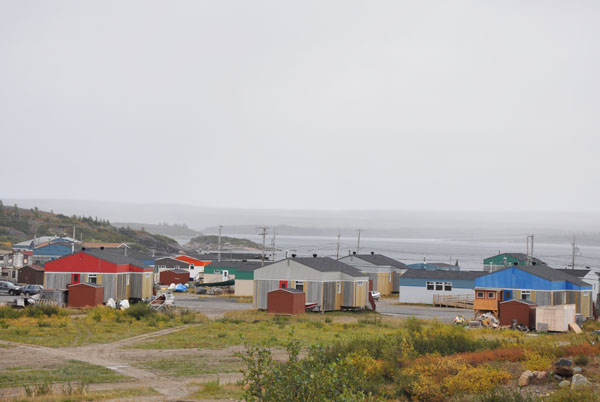 Montreal child psychiatrist Dr. Lucie Nadeau said it is time for Quebec to deliver support to help Nunavik’s communities heal from the loss and grief of recent suicides. (FILE PHOTO)

I’ve just returned from Nunavik, where I travel regularly to work as a child psychiatrist consultant in communities along the Hudson coast. The number of suicides the region has seen in recent months feels catastrophic.

Over the years, I’ve met many families, befriended Inuit colleagues and have been welcomed into these communities I’ve come to know. Through the clinical sessions I lead, I’ve become privy to the pain, sadness and anger in many communities, fueled by long-standing trauma.

But my work in Nunavik has also revealed the incredible strength in these communities; the solidarity among Nunavimmiut; their kindness, their resilience and their capacity to share.

It’s a resilience that comes in the ability to find comfort and peace through traditional activities, through laughter and games and through the Inuit values of solidarity and cooperation.

It’s this strength I try to communicate to people in the South, where Inuit are too often so negatively portrayed and handed the burden of responsibility for the suffering colonization has caused in their communities. To shine a light on an infinitely lovable people, so Inuit can be seen as architects of their own bright future, supportive of the dreams and identity of their youth.

But today, a wave of suicides in Nunavik — one that has largely hit the region’s youth — casts a shadow that demands attention.

The suffering of Nunavimmiut youth is sometimes so intense, it questions our collective humanity.

Important work has been done to identify and tackle the factors that contribute to high suicide rates among Indigenous youth, particularly in Inuit communities.

There is suffering generated by colonization and it consequences; suffering experienced as the result of poor health and social conditions, suffering from multiple stressors.

In this day-to-day suffering, there is also mourning. Mourning a friend, a parent, a brother or sister, gone too soon: why? And within that question: where were you?

This cry is one that goes beyond communities and forces us all to take note: the number of suicides in Nunavik communities since the beginning of 2016 is staggering.

This crisis demands attention from the government. There have been calls for authorities to declare a state of emergency, and it is time, if the communities ask for it, to deliver the kind of support that will allow Nunavimmiut to cope with their loss and grief.

There is an urgency to act in both the short and long term.

Given the scale of the suffering, resources must be available as needed, without limitation. Facing multiple traumas and grief may be a long process. It is astonishing that there is currently no psychologist along the Hudson coast to offer regular psychological care to children and adolescents.

This is not to say that Nunavimmiut have been inactive in the face of this crisis — communities have developed their own initiatives, inspired by Inuit values.

And any support from Quebec should come in response to dialogue with Nunavimmiut, by listening to their requests and providing therapeutic professional resources that build on Inuit culture and values.

This could come in the form of external therapeutic resources as well as resources to support and train community members already working in mental well-being.

Providing support to youth also means support for the adults around them. These communities as a whole face emotional overload.

This crisis poses a challenge to us all, North and South. Inuit youth, in Nunavik and in southern Quebec, need to feel recognized and heard.

Dr. Lucie Nadeau is a psychiatrist at the Montreal Children’s Hospital and an assistant professor in the department of psychiatry at McGill University.

A French-language version of this piece first ran in the Quebec newspaper Le Devoir. It was translated into English by reporter Sarah Rogers.