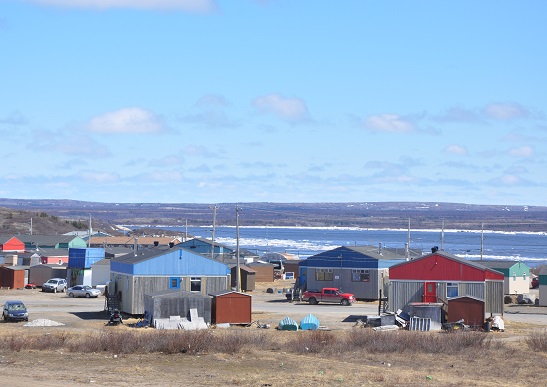 New money announced in Quebec’s spring budget means that maximum costs recognized for the purchase or construction of a home in Nunavik have been increased by 75 per cent, to reflect the same increase in the cost of construction Nunavik has seen in recent years. (PHOTO BY SARAH ROGERS)

The Quebec government has once again boosted the subsidy available to Nunavik residents looking to purchase their own homes.

In a region where about 97 per cent of residents live in social housing, the Kativik Municipal Housing Bureau has for many years offered its Home Ownership and Renovation Program.

The program offers financial support to either purchase or construct a private home, and other subsidies to offset the cost of municipal taxes, housing insurance and renovations.

The Quebec government’s spring budget set aside $15.9 million over the next five years to help Nunavimmiut with the purchase and construction of 45 private housing units.

Quebec’s 2018 budget also invested $5 million into a buy-back fund, to be managed by the KMHB’s parent agency, Quebec’s housing corporation, the Société d’habitation du Québec, which is still working out the details on the new fund.

In an Aug. 17 release, Quebec’s minister responsible for housing, Lise Thériault, said the maximum costs identified for the purchase or construction of a new home have been increased by 75 per cent, to reflect the same increase in the cost of construction that Nunavik has seen in recent years.

The maximum financial assistance provided for renovations will increase by the same amount, while support for municipal taxes will go up 40 per cent, the Quebec government said.

The changes come after ongoing discussions between the provincial government and Nunavik’s regional organizations.

“After many months of working in committee, it is a relief to see this new version of the private ownership program, better adapted to the reality and needs of the people,” said Makivik Corp. President Charlie Watt in a news release.

“Access to property is a step forward for us as it offers an alternative to social housing.”

Nunavimmiut can read more or apply to the program on the SHQ’s website here.

The region’s home ownership program has been revised a number of times since its creation, most recently to allow applicants to apply for subsidies to purchase previously owned homes, after home owners complained it was impossible to re-sell their houses.

But the program only benefits a handful of Nunavimmiut each year; the KMHB was unable to provide the latest statistics on its program users by Nunatsiaq News’s deadline.

As part of Quebec’s newest investment, the SHQ is also overseeing a new $1 million pilot project in 2018-19 to help Nunavik tenants buy the home they are currently renting.