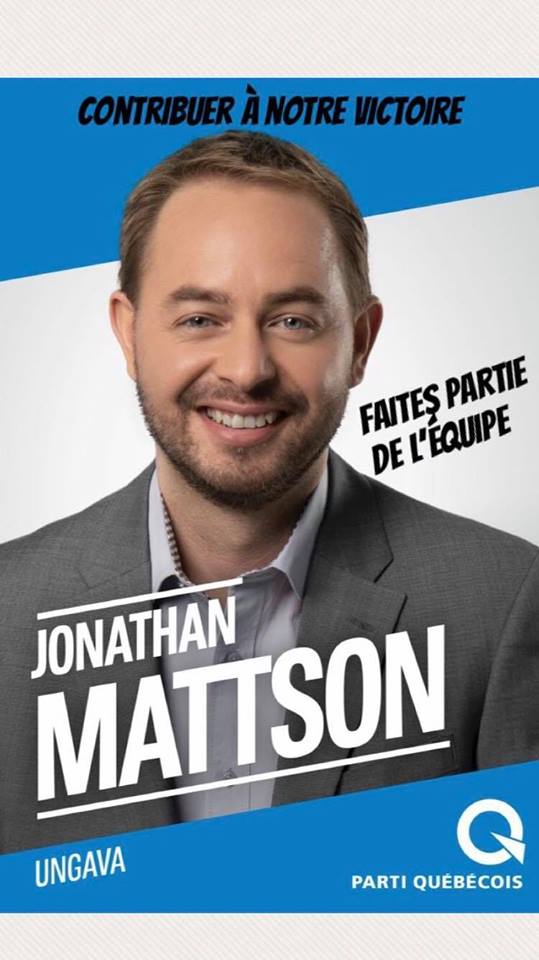 Jonathan Mattson, the Parti Québécois candidate for Ungava, has made an official request for a recount of ballots in the riding following Quebec’s Oct. 1 election.

Jonathan Mattson, the Parti Québécois candidate for Ungava, has made an official request for a recount of ballots in the riding following Quebec’s Oct. 1 election.

It was a close race between Ungava’s top three candidates throughout election night. Outgoing Liberal MNA for Ungava, Jean Boucher, remained ahead for most of the evening on Oct. 1, while Mattson took a lead in the later part of the evening.

It wasn’t until the very last two of the 115 polls in the riding were counted that Lamothe moved ahead, winning the riding with 26.5 per cent support.

The PQ’s request, filed before a Court of Quebec judge on Tuesday, asks the court to authorize an audit and recount of the votes cast in Ungava for the Oct. 1 election.

According to Éléctions Québec, a second-place candidate can request a judicial recount if the difference between their votes and those of the declared winner are not greater than one-thousandth of the total votes cast in the riding.

It is then up to the court to judge whether the request is admissible.

Following the Oct. 1 election, two other judicial recounts have been authorized. One confirmed the PQ’s win in the riding of Îles-de-la-Madeleine, while another is underway in Gaspé.