Remembering a Nunavik mother and her daughter

“This is something that’s impacted us deeply” 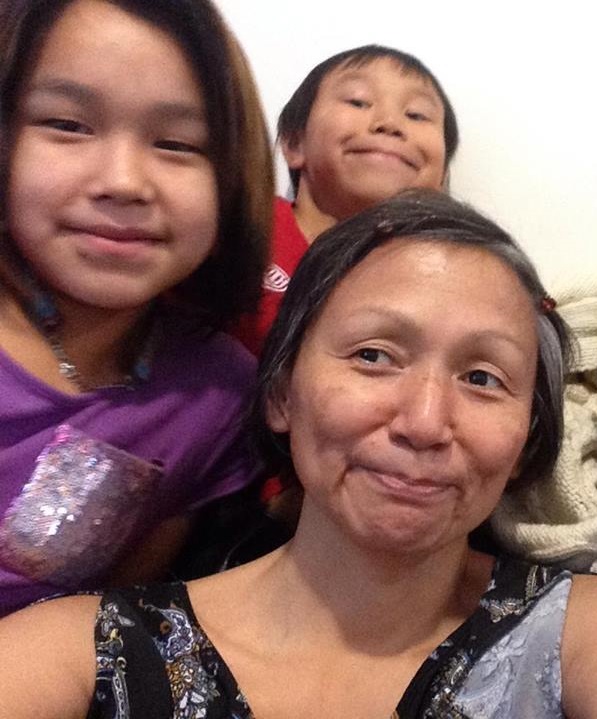 A Nunavik mother and her daughter are now gone, but not forgotten.

Jeannie Sappa faced a gruelling year of pain and loss, marked by the October 2017 death of her 11-year-old daughter Alacie, and repeated trips to Montreal for chemotherapy to treat an aggressive cancer.

But each day, Sappa took the time to write on Facebook. She would sometimes share a memory of her adopted daughter, a frustration over the lack of health and social services in the region, or call for mindfulness in difficult situations.

She ended each of her posts with a call to be more compassionate with each other. “Be gentle,” Sappa would end all her posts.

Family members said Sappa died peacefully on Sept. 14 in Puvirnituq, years after she was first diagnosed with cancer. She was 50.

“We will miss her,” said her sister, Mary Sappa. “She will be missed by many.”

In her hometown of Umiujaq, residents are now working to finish some of the work Sappa started to protect other youth from the same fate as her daughter.

Alacie Inukpuk was a Grade 5 student at Kilutaaq school in Umiujaq last year when she went missing in late October 2017.

Sappa, who had left Umiujaq that same week to go to Montreal for a medical appointment, reported Alacie missing when she couldn’t reach her daughter through Facebook, where they often kept in touch while she was away.

Alacie’s body was discovered just outside the community on Oct. 28.

A coroner’s report found she most likely died of hypothermia after spending a prolonged period outside in below zero temperatures, intoxicated.

Despite her failing health, Sappa spent the following 10 months looking for answers about her daughter’s death and advocating for safer communities.

According to people interviewed during the investigation into her death, Alacie had been drinking regularly at the time. She frequently did not come home at night and instead slept in vacant buildings, the report said.

But Matthew Bryan, the principal at Kilutaaq school, where Alacie was a student, said the girl attended school regularly.

“She was very much in the school and involved,” said Bryan, who said her death has a profound and traumatic impact on students and teachers.

“Alacie had a lot of energy, a lot of life; a very unique personality,” he said. “She was curious, playful, smart and energetic. Everyone knew her.”

While Kilutaaq school has mourned other students’ deaths before, Bryan said there had been none like Alacie’s. “It was hard to lose an 11-year-old girl,” he said.

After her daughter’s death, Sappa connected with a teacher at Kilutaaq, Trudy Hodgson, to develop an awareness program around hypothermia: how to identify it and respond to it, and the added risk when someone has been drinking alcohol.

“If you find someone sleeping outside, for example, it’s very important to find help and not leave them there,” Bryan said.

“This is something that’s impacted us deeply. So if we can raise awareness even about one death, that’s a success.”

The program is still being finalized by Kativik Ilisarniliriniq pedagogical counsellors, Bryan said, but it’s expected to eventually be rolled out in Nunavik schools as part of their personal life and social skills classes.

Bryan said Sappa was a regular and positive presence at the school in the months following Alacie’s death, even just days before her own death.

Both Alacie and Sappa will be “deeply missed,” he said.

Just north of the village of 450, in the location Alacie was found, the Northern Village of Umiujaq is also working to install a memorial for the girl.

It’s another initiative Sappa launched in the wake of Alacie’s death, one that is meant to promote the safety and care of all Inuit children.

The memorial will consist of a small statue of two children hugging each other, marked by a plaque with a message in Inuktitut, French and English.

While the Northern Village is now coordinating the memorial, Umiujaq mayor Jack Niviaxie said the municipality is still waiting to hear back on its requests for other funding from Makivik Corp. and the Nunavik Regional Board of Health and Social Services.

“Hopefully this will be built, most likely next spring or summer,” he said.