Researchers lichen what they see on High Arctic islands 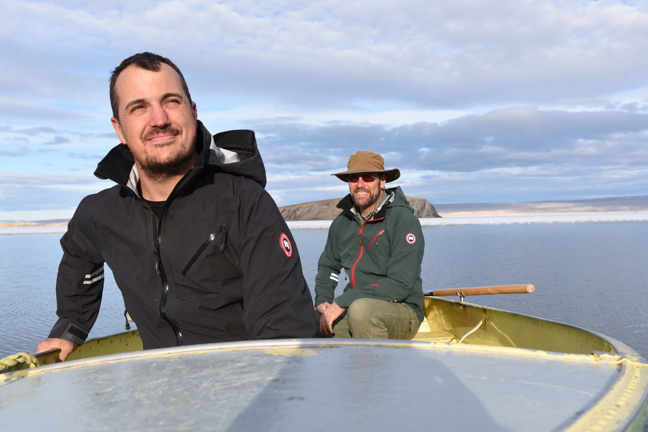 Lichen expert Troy McMullin, back, and botanist Paul Sokoloff spent the month of July studying flora in the Canadian High Arctic. Their research contributes to a growing collection of Arctic flora held at the Canadian Museum of Nature. 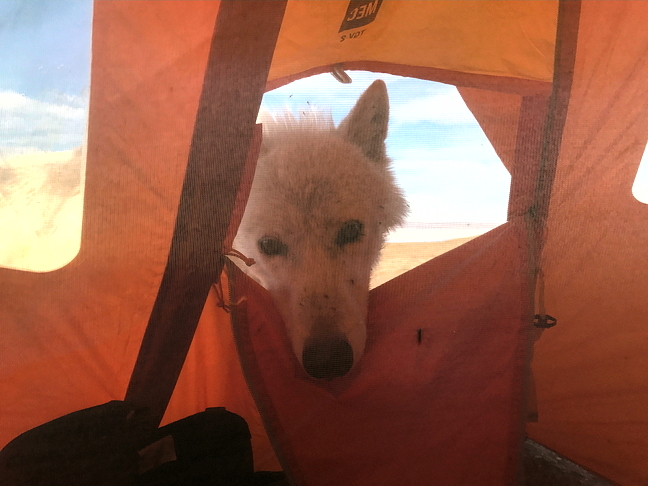 A curious wolf pokes his head into botanist Paul Sokoloff’s tent near Lake Hazen in July. 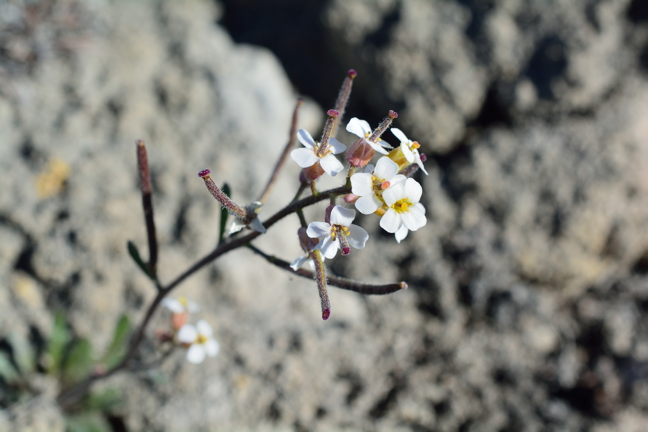 The cabbage-like yellow lichen on the left is known by its beautiful Latin name, vulpicida juniperina, and the octopus looking lichen on the right is known as thamnolia vermicularis. (PHOTOS COURTESY CANADIAN MUSEUM OF NATURE)

Lichens come to life in the Arctic each summer, spreading across the rocky tundra in blooms of orange, green and yellow.

Considered extremophiles, they thrive in the extreme polar desert environment, growing where other organisms cannot.

And, as a fungi that partners symbiotically with algae or cyanobacteria to bloom, lichen can live off nutrients in the air, rain and dew. In turn, lichen then provide nitrogen to the northern soil for other kinds of Arctic vegetation.

Eventually, lichens become a snack themselves as the main diet for migrating caribou.

But, despite being an integral part of the northern ecosystem, lichens are largely under-studied in the Canadian Arctic, said Troy McMullin, a lichen expert with the Canadian Museum of Nature in Ottawa.

“We don’t have a large record of lichens in the Arctic, yet they are a dominant part of the flora,” he said. “In the Arctic, they’re everywhere. Every big boulder you come to will be covered in them.”

That’s why, this summer, the museum’s ongoing project to document flora in the Arctic focused in on lichens—particularly in the High Arctic.

The largest and best known lichens have been documented in the North, said McMullin.

Of the roughly 1,700 species of lichens known to exist in the circumpolar Arctic, only 1,000 have been recorded in the Canadian Arctic. Museum botanists suspect that the High Arctic holds the ones still to be discovered.

In July, McMullin travelled to Resolute Bay to explore around Cornwallis Island. With him was the Canadian Museum of Nature’s senior research assistant Paul Sokoloff, who was studying vascular plants for the Canadian Arctic Flora Project.

Vascular plants are the higher order plans that conduct water and minerals through stems and other tissues.

The two scientists then flew to Eureka to spend a few days collecting samples on the Fosheim Peninsula, carrying on to Axel Heiberg Island and then to Lake Hazen in Quttinirpaaq National Park, on the northern part of Ellesmere Island.

Identifying specific species in the lichen collection will take hours of detailed work under a microscope, and some extra sleuthing when it comes to research.

“There isn’t the literature available for lichen that there is for vascular plants. You really have to dig,” he said.

As for his ongoing study of Arctic vascular plants, Sokoloff said he is particularly excited to have found samples of a flowering plant that grows only in the High Arctic—the Ellesmere Island Braya or Braya humilis, subspecies ellesmerensis.

But one unexpected event of the summer’s field study occurred not when the researchers discovered something special, but when they were discovered instead: A lone wolf poked its head into Sokoloff’s tent one evening.

Besides getting acquainted with the local wildlife, the researchers make an effort each summer to connect with communities through which they travel.

This year that meant meeting with the Resolute Bay Hunters and Trappers Association where Sokoloff even learned that he could eat some of the plants he was gathering.

The lichen and plant samples will be included in the museum’s database of Arctic flora—the largest such collection in the world, McMullin said.

The Canadian Museum of Nature also just opened a new gallery devoted entirely to the Arctic.