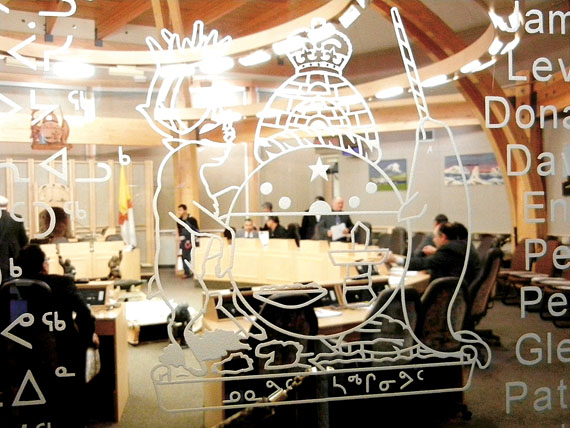 Health Minister Paul Okalik announced Feb. 24 that lawyer Katherine Peterson will do an external review into matters related to the death of Makibi Akesuk Timilak on April 5, 2012 in Cape Dorset. But some observers say the review’s terms of reference are too narrow. (FILE PHOTO)

A former regional director for the Government of Nunavut’s health department is questioning the scope and independence of the recently-announced external review into the 2012 death of baby Makibi Akesuk Timilak in Cape Dorset.

“People are not going to feel confident that this is a true external review,” Elise Van Schaik told Nunatsiaq News Feb. 25 from her home in Ottawa.

Health Minister Paul Okalik tabled the terms of reference for the external review at the Legislative Assembly Feb. 24, more than three months after his predecessor, Monica Ell, announced the GN planned to do the review “immediately.”

Ell’s announcement on Nov. 6 came after a CBC story, published and broadcast last October, alleged the baby died because a nurse working at the community’s health centre refused to see the baby, contrary to GN policy.

The nurse in question, Debbie McKeown, was promoted to acting nurse in charge of the health centre after the baby’s death, the CBC story said.

In 2013, Van Schaik, who then worked as acting director of health programs in the south Baffin region, began looking into events leading up to the infant’s death, including complaints of harassment filed by coworkers against McKeown.

Van Schaik said her investigation led to her being dismissed in May 2014 by Baffin regional director Roy Inglangasuk.

“There were a lot of things that I noticed weren’t right and I initiated things to change that. So I was a real threat up there, which sounds crazy to say, but that’s the working culture,” Van Schaik said.

That working culture, which Van Schaik characterized as one of fear of speaking out, resulted in a pile of complaints against McKeown, stretching back to 2011.

The culture of fear is also evident, Van Schaik said, in the consequences that whistle-blowing nurse Gwen Slade suffered for speaking out against working conditions at the health centre before and after Makibi Timilak’s death.

“Start at the beginning, when in 2011, documented complaints were ignored and covered up and nurses who spoke out were being harassed and victimized,” Slade said in an email statement that she shared with Nunatsiaq News Feb. 25.

In January, Slade, who said the health department black-listed her from working in Nunavut for speaking out, started an online petition for an external review into this case because she said she didn’t have faith in the territorial government.

And she still doesn’t, she said.

“The petition stands. The demand for an independent, thorough investigation stands,” Slade wrote.

This culture of fear and mismanagement requires a wider scope than that set out in the terms of reference that Okalik tabled, Van Schaik said.

“Initially, they agreed to an investigation into the mishandling of the Cape Dorset nurse. That was very much linked to the baby’s death,” said Van Schaik.

The terms of reference, which Okalik tabled Feb. 24, said the purpose of the review is to determine what steps were taken in the wake of — which means after — Makibi’s death, and whether the steps taken were appropriate in the circumstances.

“What that does is eliminate half the story,” Van Schaik said.

“And in so doing, it eliminates half the accountability, half the players. It’s like investigating half of a case.”

Understanding the circumstances leading up to the infant’s death is critical if the government wants to learn from past mistakes, Van Schaik said.

“The only way we’re going to change a system is to face it head-on and look at where we went wrong and what we need to do to correct it,” she said.

The alternative, which Van Schaik said is already evident, is a lack of trust communities have in their health care system.

South Baffin MLA David Joanasie echoed this in a letter to Okalik, dated Jan. 12 and tabled in the legislative assembly Feb. 24.

The tragedy in Cape Dorset, Joanasie wrote, has resulted “in many people… experiencing a lack of confidence and trust in their health care system.”

It is therefore of “paramount importance,” Joanasie said, that the review be conducted in “as transparent a manner as possible.”

But significant questions and recommendations that Joanasie made, to ensure the transparency of the review, are not reflected in the terms of reference tabled by Okalik.

For example, Joanasie recommended that the review be publicly released without prior approval from the government, and that the final report of the review be tabled formally in the Legislative Assembly.

Instead, the tabled review said the minister of health reserves the right to respond to each recommendation made in the report prior to its public release, and that the minister “may” table the report in the assembly.

Joanasie also asked that the minister clarify the process for appointing members of the review body and the criteria used for those appointments.

And while Joanasie said in the house that Okalik did respond to his letter on Feb. 23, neither Joanasie nor Okalik said if those clarifications were made.

But for Van Schaik, if the process is to be external and independent, the GN should not have chosen the lawyer who will conduct the review.

“That in itself does not lend itself to transparency and accountability. It becomes a biased review,” Van Schaik said.

A panel of at least two people, appointed by an external agency such as the federal government, and paid for by the GN, would have made the review truly transparent, she added.

“The GN shouldn’t know who’s coming off the plane, basically, if they want a truly independent review.”

Van Schaik said she hopes this is a turning point, an opportunity for the government to lay all their cards on the table and strive for full accountability and transparency.

“Unfortunately, I think this baby’s death really is just an example of a health care system that needs to revisit itself,” she said.