“I think it disrespects all northern peoples,” NDP candidate says in response to Richard Sagala’s remarks 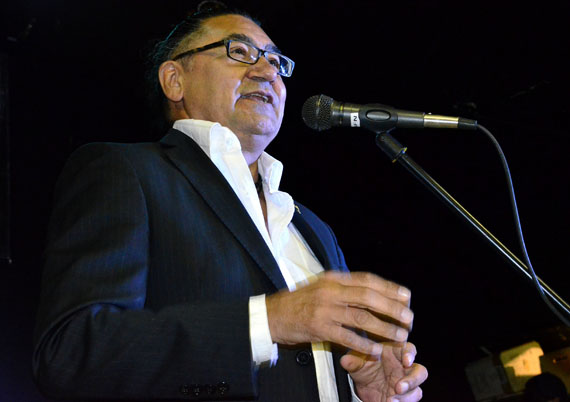 Romeo Saganash, the NDP candidate for Abitibi—Baie-James—Nunavik—Eeyou, says in this open letter that Richard Sagala, the Conservative candidate for Montreal riding of Notre-Dame-de-Grâce—Westmount has insulted all northern people and has willfully ignored the history of colonialism in northern Canada. (FILE PHOTO)

When a person ignorantly criticizes Nunavut they also criticize all communities across the North.

This erroneous criticism also personally upsets me as an Eenou from northern Quebec as I think it disrespects all northern peoples — Dene, Cree, Innu, Tutchone, etc. — while willfully ignoring the history of colonialism in this land.

The statement highlights the deep paternalism colonial governments have had towards the North.

One hundred and forty-eight years of successive Conservative and Liberal governments have made bad decisions for the North. They have forcibly relocated people, killed sled dogs, starved us, stolen our children, withheld funding, forbidden us our languages our culture and our community connections.

It is time for all candidates who are running in this election to take the time to educate themselves on the history of Canada and how this country came to be as it is.

It is so important that the next government respects sincerely the people who are of this land. There can be no more Canadian federal governments who despise Indigenous peoples.

It is ironic that this candidate chose South Africa, with its history of apartheid and racially based oppression, to judge the people of Nunavut.

Ironic, because the connection between the reservation system here in Canada and the apartheid system in South Africa is long and deep. The Indigenous peoples and more recent residents of the North are due an apology from this man.

Indigenous peoples of this land deserve to be not only heard but rise as leaders in the decision-making of the future.

We deserve to have our inherent rights and responsibilities understood and respected in the relationships we have with different levels of government. We deserve, when speaking of Nunavut, to highlight the artists, hunters, business owners, traditional leaders and legislators who have enormous and beautiful vision for the territory.

And let Canada learn how it can support that vision and make it a reality.

That is why I look forward greatly to working with Jack Anawak, NDP candidate for Nunavut. I know that he will represent the people of Nunavut with love, wisdom and a deep understanding of the history of the place.

As I have said before, there can be no decisions made regarding the Arctic without the people of the North.