“This is a collective achievement”

The operations of the Russian Association of Indigenous Peoples of the North have been restored.

Russia’s Ministry of Justice had given RAIPON an order Nov. 1 to suspend its operations until April, 2013.

The ministry said the organization, which represents 41 indigenous groups and more than 250,000 indigenous people across the Russian Arctic, did not comply with Russian federal law because “not all regional offices of the association are legal entities.” The ministry concluded that RAIPON’s “activities are illegal.”

This week, officials announced they had registered amendments to the charter of RAIPON, which represents indigenous Russian peoples at the Arctic Council as a permanent participant.

That puts an end to the suspension of the activities of RAIPON, which the Arctic Council, Canada, Norway, Greenland and many other groups had protested with statements and letters.

“On behalf of RAIPON I would like to express my deepest gratitude to all those who have been with us during these difficult days and months, who have expressed solidarity and civic engagement, who have been able to understand and have climbed with us to new heights, who did not keep silent and did not turn their backs,” said RAIPON’s vice-president Rodion Sulyandziga in an open letter posted on RAIPON’s website.

“Thank you for your involvement and solidarity. This is a collective achievement.”

Now RAIPON plans to put its energy towards the 7th Congress of the Indigenous Peoples of the North, Siberia and the Far East of Russia, which takes place on March 28 and 29 in the Siberian city of Salekhard, with 600 delegates expected to attend.

“I am sure that it will open a new page in RAIPON’s history and will provide a unique opportunity for all of its participants — including indigenous peoples, federal and regional governments and other concerned parties — to discuss together the future of the Russian Arctic, Siberia and Far East, and the role, place and significance of indigenous peoples,” Sulyandziga said. 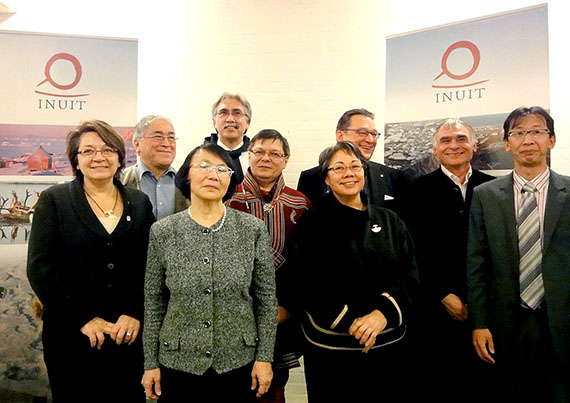