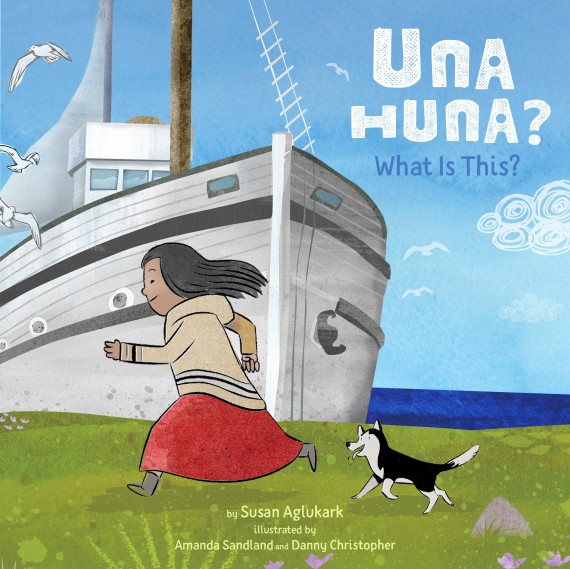 Singer-songwriter Susan Aglukark’s new children’s book is inspired by her mother’s pre-contact memories. You can purchase it on Oct. 16. (PHOTO BY BETH BROWN)

Nunavut singer-songwriter Susan Aglukark has a new work coming out next week—but instead of writing music, this time she’s written a children’s book.

While the piece is marketed to a target audience of children aged five to seven, it’s safe to say that readers of all ages will enjoy the tale of a young girl growing up in her family’s northern camp during the days of early settler contact.

In the book the girl, named Ukpik, learns to use a spoon and fork brought to the community by a sea captain from the south who trades with her father.

“At first, Ukpik enjoys teaching the other children how to use these new tools,” Inhabit Media says in its fall catalogue. “But soon, she starts to wonder if they’ll need to use the new tools all the time, and if that means that everything in camp will change.”

The story of Ukpik, and her husky puppy, is inspired by memories shared with Aglukark by her own mother.

Can’t get to sleep?

Also new for the Nunavut publisher this fall is a tuck-you-in kind of tale titled, It’s Time for Bed, by first-time Inhabit authors Ceporah Mearns and Jeremy Debicki.

The story is of Siasi, a child who would rather “dance with a polar bear, howl with the wolves, and swim with the fish” than pick up her toys and get ready for bed.

The Iqaluit-based authors dreamed up the bedtime story with some help from their daughter, of the same name, who is skilled at finding new things to do at bedtime.

On a scarier note, Pangnirtung author Roselynn Akulukjuk, known for her book The Owl and the Lemming, has a new co-written book titled Putuguq & Kublu and the Qalupalik!

In this second story featuring the brother and sister characters, Putuguq and Kublu hear from their grandfather about a mythical creature living under the ice that can kidnap children who aren’t careful when they’re playing too close to the shore.

Other titles from Inhabit Media’s fall catalogue include:

• The Fox Wife by Beatrice Deer

• Kiviuq and the Bee Woman by Noel McDermott

• Simonie and the Dance Contest by Gail Matthews

• Arctic Wolf by William Flaherty, a new book in the Animals Illustrated series

You can get the new books online, now that the company has an online store, which was launched this summer.