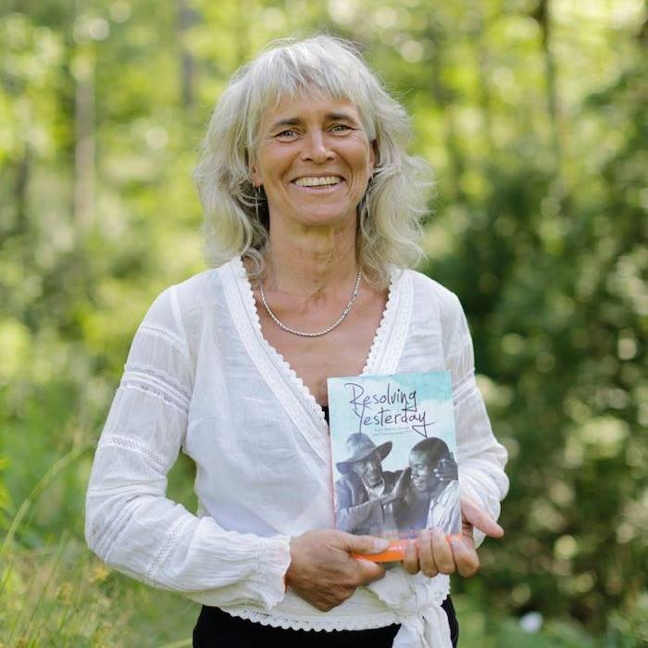 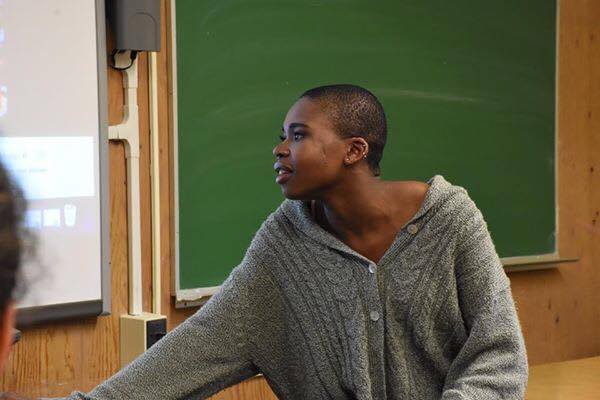 As a young Iqalungmiut, Nmesoma Nweze, has witnessed more trauma than she cares to remember.

“I can’t even tell you how much suicide has touched this community and my life. There’s always something you wish you could do for your friend who calls at 2 a.m.,” Nweze, 17, said in an interview at Iqaluit’s Baffin Deli.

While away at school this past year in Victoria, B.C., Nweze, 17, found something to help her cope with those moments, whether its her or a loved one experiencing intense stress.

And now the big-eyed, bright-smiling teen, who was born in Nigeria but moved to Iqaluit at the age of six, wants to share what she learned with the rest of the community.

On July 3, July 10 and July 17 Nweze will help host free workshops on the technique at Iqaluit’s soup kitchen.

Gunilla Hamne, a Swedish psychologist who originated the practice, will also co-host the workshops via Skype.

Nweze met Hamne and learned the technique while attending United World College’s Pearson Campus on Vancouver Island this past year.

Hamne’s method is based on a growing knowledge of hormonal triggers studied by other psychologists and medical professionals, Nweze explained.

The idea is to prevent someone from reliving the trauma they feel trapped in and triggering their fight-or-flight response, she said.

“You can’t erase those memories or feelings, but this can help people calm down and control their emotions.

“Basically you tap on 14 points scattered around the body 10 to 15 times each with two fingers,” she said.

It might sound a bit like “new age” quackery but Nweze said in combination with other important preventative measures — such as counseling and services offered through the Embrace Life Council — the technique is a useful tool to help those who are in severe distress.

“I hope there’s some people at the workshop who are skeptical. They’re not going to leave thinking, ‘this changed my life,’ but hopefully, ‘I’m glad I know that now.’”

Hamne has used her technique to help heal some of the most traumatized people around the globe, Nweze said.

These include genocide survivors in Rwanda, civil war soldiers in the Congo and American prisoners.

Some of the perks of the technique are that it’s easy to learn, it can be done safely on anyone, and the knowledge is easily transferable, Nweze said.

With deep breathing and repetition, it’s also considered a form of meditation that can be used to relieve anxiety, sleeplessness and just to unwind from a stressful day, she said.

“You’re just taking a minute to assess what you feel and how your body is reacting — that’s a precious minute.”

And it can be used safely on all ages, said Nweze, who aspires to a career in psychiatry or medicine.

Given the historical and daily trauma many people in Nunavut live with, Nweze said this technique could be a small, simple but useful tool to have.

“As a teenager, we lean on each other a lot when things get hard. It’s not uncommon to get that text or call at 2 a.m. from a friend whose really stressed and trying to make some really important decision.

“No matter how many tears I wipe off their cheek, they’re going to feel this way,” she said. “But if they try this technique for five minutes, then try again…it could be a really useful tool.”