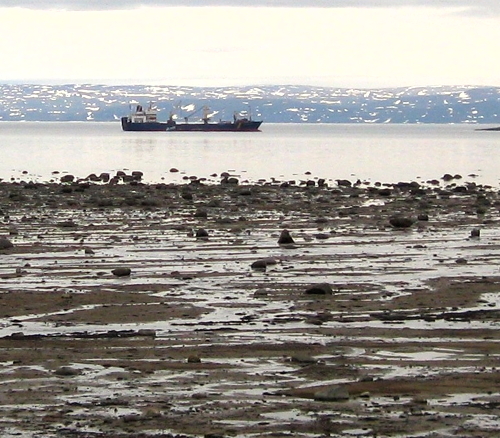 Iqaluit’s extreme tides might complicate shipping, but they could be a solution to the territory’s ever-increasing power rates — if a proposal to produce electricity from tidal currents proves to be viable. (PHOTO BY PETER VARGA) 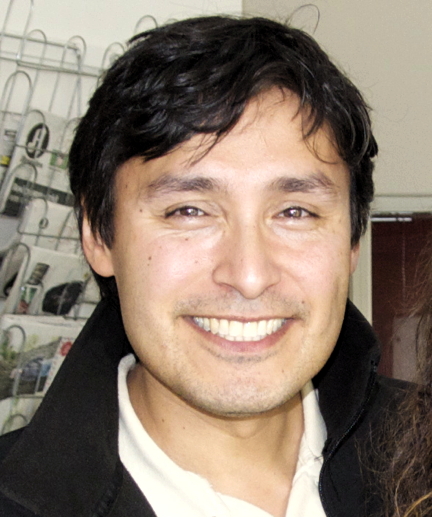 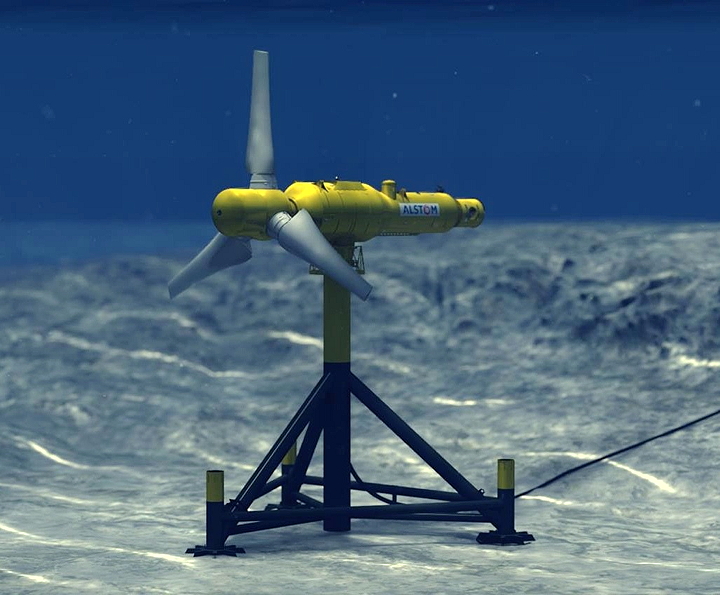 Apqak Renewable Energy Inc. proposes to generate electricity from tidal currents in Frobisher Bay, using turbines on the seafloor. This model from General Electric-Alstom has blades about nine metres long and operates at a depth of up to 40 metres. (IMAGE COURTESY OF ALSTOM/FACEBOOK)

Iqaluit’s tides are close to the highest in Canada. And so is the cost of power in Nunavut.

So, says Kirt Ejesiak, why not harness one extreme to offset the other?

He and Apqak’s three founding members hope to develop and install “marine current” technology in Iqaluit, which will generate electrical power from Frobisher Bay’s tidal currents.

Ejesiak made a public pitch to Iqaluit city councillors during a Nov. 12 regular council meeting and by Nov. 15, he had received a letter formalizing their support for the project.

“I think the fact that the cost of producing power in Nunavut is eight to 10 times higher than what you can produce in the South, certainly makes it much easier to make a commercial case to do a tidal current project in Nunavut,” Ejesiak told Nunatsiaq News.

Based in Nunavut, Apqak is a privately-financed company that calls itself an “independent power producer.”

Founding president Wayne Guy, who runs Guy Architects out of Yellowknife and Iqaluit, established the firm last year with two fellow Northwest Territories residents, and brought Ejesiak onboard as vice-president of marketing.

The company proposes to bring the most advanced tidal power generation equipment to Iqaluit to generate electricity for the city.

Apqak would install underwater turbines on the sea floor in areas where strong tidal currents will drive them, the same way wind propels windmills. Energy from the spinning turbines would then generate electrical power.

An array of turbines would generate about 10 megawatts of electricity for Iqaluit. Additional capacity would be installed “as warranted by market demand,” Ejesiak said.

Tides shift more than 100 billion tonnes of water in and out of Frobisher Bay everyday, he noted, which, if harnessed, would be enough “to service the entirety of Nunavut’s present and future energy needs.”

Electricity rates range from slightly more than 60 cents per kilowatt-hour in Iqaluit, to as much as $1 in some communities. Those rates will keep increasing on a yearly basis, Ejesiak said, following upward movements in the price of diesel fuel.

Generation of stable, steady, locally-produced power such as tidal current energy would bring those rates to more affordable levels for Nunavummiut — and more importantly — under the control of Nunavummiut.

“I think the most important thing out of this project for us would be a long-term predictability of rates,” Ejesiak said. “If you look at all the indicators, the price of oil is going up and down, depending on world markets.

“We’re kind of held hostage, because we don’t know what it’s [the power rate] going to be one, two, five or ten years down the road,” he added.

“This impacts us as citizens, because paying more for power means that we can’t use that money for other things.”

High power rates increase the cost of doing business in the territory, which drives up the cost of food, goods and services, Ejesiak said. High rates also consume large portions of government budgets, which limit their ability to invest in much-needed public projects.

The Government of Nunavut acknowledges this in its energy policies and its five-year business plan, Ejesiak said.

Ejesiak added fuel to his pitch by pointing out the private project wouldn’t require public funds, thereby “eliminating the need for the GN to incur debt to finance critical energy generation infrastructure.”

Tidal power has just recently become a proven technology that can produce power at a scale large enough for small municipalities – which makes Iqaluit, with its “world class tides,” the perfect place to install generators, he said.

Apqak has identified at least four Europe-based companies that could produce such generators, and enlisted Hatch Ltd., an Ontario-based engineering firm, to conduct a feasibility study on tidal power generation in Frobisher Bay.

“Like any big project, there are really big questions we have to answer in this,” Ejesiak said.

The first one is location. Generators would likely be located a good distance from Iqaluit, “further down in the bay,” he said. The study will also look at how equipment could be adapted to the Arctic environment and will consider impacts on wildlife and the environment.

“We would have to go through the regulatory process, not only with the NIRB [Nunavut Impact Review Board], but also the federal process, because if it’s a tidal project, the feds have jurisdiction over the seas,” Ejesiak said. “So it’s a step by step process.”

And financing the feasibility study is the first step.

To do that, Ejesiak insisted the company had to build a solid case to convince investors by enlisting the support of the community. Apqak has done that, Ejesiak said, by collecting letters of support from various public and private sector bodies including the City of Iqaluit, local Inuit organizations, Iqaluit and Baffin businesses and the Qulliq Energy Corporation.

“If we look at outside investment, we have to convince them that not only is the community behind this, but that the QEC would [also] consider buying the power off this project, if it’s successful,” Ejesiak said.