“This would be critical to the success of any new university” 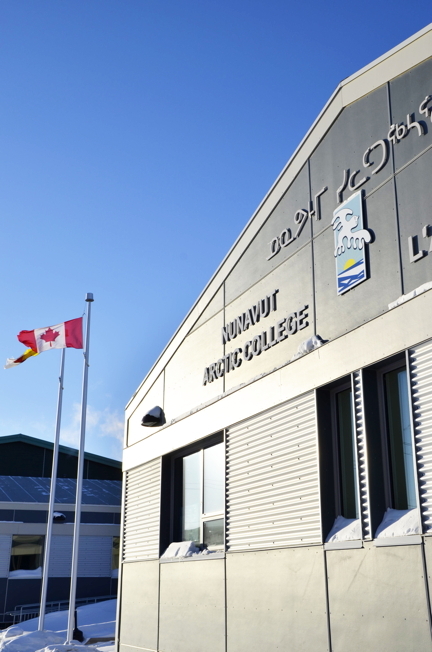 Instead of the territorial government working to establish a stand-alone university model, Education minister Paul Quassa told the legislature June 8 that the GN would instead opt for a joint-venture partnership between Nunavut Arctic College and an established university. (FILE PHOTO)

The national body representing Canadian universities has said it cannot relax its criteria for student enrollment in the creation of a Nunavut university.

That was one of the key findings in a new feasibility study that led the Government of Nunavut to announce last week that it would not pursue the establishment of a stand-alone university in the territory.

Paul Quassa told the legislature June 8 that the GN would instead opt for a joint-venture partnership between Nunavut Arctic College and an established university.

The national organization, Universities Canada, which counts 97 member institutions, lists a number of criteria for accepting universities as members, including a minimum enrolment of 500 full-time students at the launch of any independent university

The firm that prepared the report for the GN, KPMG LLP, inquired about the flexibility of relaxing those rules for a new start-up university in a sparsely-population region.

“They have indicated that due to the need for consistency with their other members that this would not be possible,” said the report, tabled last week in Nunavut’s legislature. “This would be critical to the success of any new university.”

The 88-page report analyzed high school graduation rates across the territory, along with available data on post-secondary enrollment in and outside Nunavut.

Over the last six years, the average full-time enrollment in Nunavut Arctic College programs was 1,282 students.

Available data shows that roughly 17 students are studying in university degree programs through the college in any given year, while another 23 Nunavut students attend university programs outside the territory.

Factoring in an estimated 75 out-of-territory students, the study figures a University of Nunavut could count on about 133 full-time students if its first year of operation was 2017.

“This would present a significant challenge for a new university to achieve,” read the report.

Based on its calculations, the university wouldn’t reach an enrollment of 500 full-time students until 2070.

But enrollment is clearly not the only barrier to the creation of a university in Nunavut.

The study looked at the infrastructure needs of a new institution — from academic space, to ancillary services and residence facilities — estimating costs of up to $10,000 per square metre of space.

The study pegged the capital costs of a stand-alone university at somewhere between $91 and $171 million, a figure that doesn’t include faculty or student housing.

And students would bear the brunt of those costs; while Canadian university students pay an average of $6,100 in annual tuition, the study suggests Nunavut students would have to pay more than $16,000 a year to study at home.

The study offered the GN other options for delivering university-level programs in the territory, like investing in Nunavut Arctic College’s current infrastructure and programming.

The study also considered the creation of a satellite campus of another university, with no relation to the college, as well as a pan-territories partnership with institutions in Yukon and Northwest Territories to create a University of the Canadian Arctic.

“After careful review of the feasibility study, this government decided to pursue a joint venture/partnership with an established university,” Quassa told MLAs June 8.

“A joint venture/partnership would allow us to deliver quality education here in Nunavut and meet Universities Canada criteria through the sharing of expertise and staff from a partner university,” he said.

“Partnering with an existing university would also help us meet the full time student and academic staff requirement.”

That options also offering the possibility of eventually evolving into its own institution.

In an email, Joe Kunuk, the president of Nunavut Arctic College, said the college’s board of governors was presented “with information on the process” at a board meeting held in Cambridge Bay this past March.

In June, Nunavut Arctic College’s governing board saw the KPMG report “and was supportive,” Kunuk said.

“Our staff were also in the same meeting and have been involved from the beginning and have received the same information that the board has received,” Kunuk said.

The KPMG report looked at potential program areas, based on meeting future employment needs in the territory, which will lie largely in the fields of public administration, resource extraction and construction.

An earlier version of this story said that Nunavut Arctic College “has not yet said” if they support the GN’s decision on a Nunavut university. The president of the college has since told us that NAC’s board of governors, the body responsible for setting the college’s policies, has seen the KPMG report and supports it.