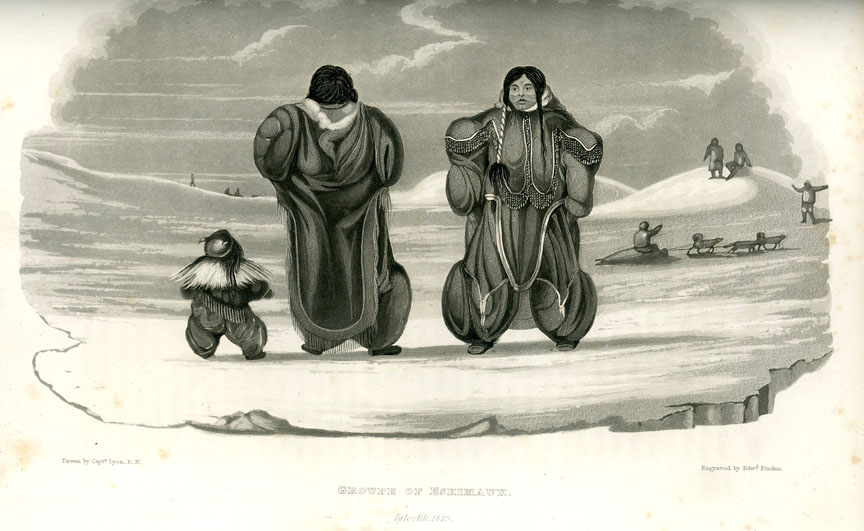 A line drawing of Inuit at Igloolik by George Lyon, commander of the vessel Hecla, who travelled with Edward Parry on his voyage to the Melville Peninsula. (HARPER COLLECTION) 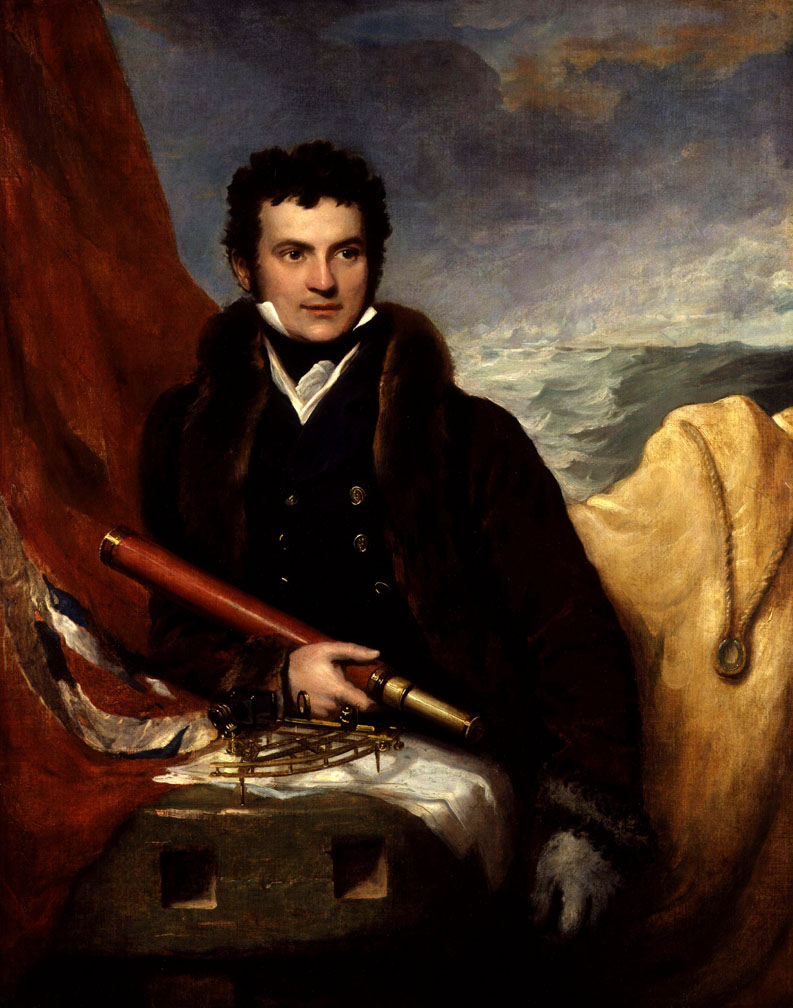 A portrait of Sir William Edward Parry by the painter Samuel Drummond, circa 1820. (HARPER COLLECTION)

It is well known that the federal government initiated a system of disks with identifying numbers for Inuit in 1941.

Each disk was stamped with a unique number. This system remained in place until 1972 in the Northwest Territories, longer in Nunavik.

What is little known is the fact that a different type of disk, or medallion, was issued in the eastern Canadian Arctic over a century earlier. They were issued to Inuit, but they were not used to identify Inuit.

In 1822, William Edward Parry’s two expedition ships, the Fury and Hecla, were anchored off Winter Island in Foxe Basin, having arrived there the year before on a British voyage in search of a Northwest Passage. Inuit visited the ships for the first time on Feb. 1.

On the 15th of the month, Parry had intended to go hunting with an Inuk named Okotook, but strong winds kept them stormbound aboard ship.

Instead, Parry decided that this would be a good day to put in place his plan to have the Inuit help in letting other non-Inuit travellers—if there were any—know of the British expedition’s general location in the Arctic.

In fact, another expedition under the British admiralty was in northern North America at the same time. This was John Franklin’s expedition, which had left England in 1819.

Its purpose was to travel overland to the mouth of the Coppermine River and from there travel eastward along the Arctic coast. That expedition was still in the field when Parry’s was dispatched, and the admiralty held some hope that the two expeditions might meet in the Arctic.

Parry recognized that the Inuit travelled by land and sea more extensively than he would be able to do from his iced-in position in Foxe Basin.

Thus his plan. He gave the Inuit men “large round medallions of sheet copper” on each of which was punched the message, “H. B. M. S. Fury and Hecla, All well, A.D. 1822.” These were manufactured on board from sheet copper that he carried.

They were suspended by a piece of “white line”—a string—around the men’s necks. The Inuit were told to show them to any “Kabloona people” they might meet in the future.

By questioning the Inuit, the “Kabloona people,” if they were part of Franklin’s expedition, would know where Parry’s expedition had been located.

But there was another purpose in giving out these markers, which William Hooper, purser aboard the Fury, made clear in his journal: “should they go Southward and see other Europeans; they were told that in the event of them doing so, and showing the medals, they would be certain of being kindly received.”

The implication is that, should these Inuit travel or trade as far south as the Hudson’s Bay Co. post at Churchill, or meet traders from Churchill north of that post in summer, and show the medallions, the traders would convey that information to England with the next post, thereby letting the admiralty know that the expedition had been safe in 1822, if it had not returned in the interim.

Parry also gave similar medallions, of a smaller size and bearing only the words “Fury and Hecla, 1822” to the women. The fact that he refers to these as “ornaments” indicates that the women probably requested them as decorations.

One of these even turns up in a short story, The Traveller, in Mary Martha Sherwood’s 1842 book, The Holiday Keepsake, in which the narrator tells that “amongst the Esquimaux women who came to our ship, was one who had a medallion of sheet copper fastened by a piece of white line round her neck.”

George Lyon, in command of the Hecla, records that, when Okotook and his wife Iligliak visited him, the man was wearing his copper medal.

Lyon confirmed that the hope was that “owing to the wandering life of the Eskimaux, some one of these ornaments might, through our factories, reach England before our return.”

In one scholar’s telling, in an unpublished PhD thesis, the medallions were bronze. Bronze is, of course, much harder than copper.

Was this change made purposely to imply the resilience and strength of the British Empire? He also says they were stamped with the geographical co-ordinates where the ships lay, which is not the case.

No example of these unique disks or medallions is known to exist today, neither in an archive nor a private collection.

One wonders though. Each one had a hole in the middle so that it could be easily worn as a necklace. At some point in the 1800s, Inuit women became enamoured of fastening decorative objects to their clothing, especially to parkas or amautiit.

These objects included coins and even spoon bowls, which were perforated for this specific use. The Parry medallions would have made ideal adornments for clothing articles.

Were they used as such? One wonders if an example of Parry’s medallions may yet turn up in an archaeological site or ancient grave.